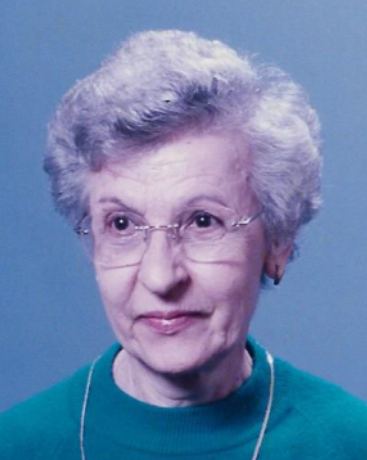 Maria Emmanuel Avlonitis is a beloved mother, grandmother, great-grandmother, sister, aunt, and friend.  Maria was born on October 15, 1935, in Kosmas and reared in Vrontamas in southern Greece with her parents and a younger sister.  She endured the Axis occupation of Greece at a young age and graduated from high school in Tripolis, also in southern Greece.  Then, she crossed the Atlantic and attended the University of Louisville, living with two of her beloved aunts.  She earned a bachelors degree in chemistry and a masters degree in biochemistry.  At an international dance on campus, she met the handsome and educated physician Emmanuel “Manos” Avlonitis.  They married in 1961 and had three children.  She willingly turned down the opportunity to pursue a career in science and stayed at home to care for her family.  The Avlonitis family moved to Pinellas County in 1971 and lived for many years in the Imperial Point neighborhood.  Maria accepted Christ as her savior, was baptized at Bay Ridge Baptist Church, and became active at Suncoast Community Church in Bible studies, New Testament Greek studies, the missions committee, and the church library.  She also enjoyed reading, gardening, and traveling.  She spent her last four years at Lake House Assisted Living Facility and received good care there. Her oldest child, Zoe, is married to Ricky Austin and they reside in Charlotte, NC; they have an adult daughter, Sarah Woodson, and a granddaughter, Josephine Woodson.  Maria’s son, George, is married to Clara Maribel Avlonitis, and they reside in Seminole; they have four teenage children, Samuel, Maria, Bianca, and Emmanuela.  Maria’s youngest daughter, Pola Godsey, resides in Clearwater.  There will be a service for Maria at Suncoast Community Church Friday at 1 pm.  A reception will be held at the church immediately following the service.   Flowers will be accepted at the church or memorial contributions can be made to Suncoast Community Church.