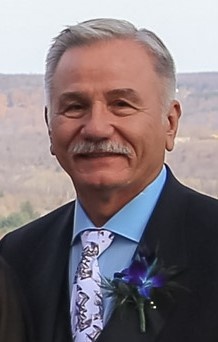 ELSTEIN, Aaron Jay, age 66 of Riverview died Thursday, December 24, 2020. He was born in Germany and came to Riverview five years ago from Middletown, Delaware where he resided after living in southern New Jersey for many years. He worked in management positions for several  automotive related companies including Midas, Pep Boys and Tires Plus where he was the regional manager. He was a sportsman, loved fishing and was an avid fan of the Philadelphia Eagles, Phillies and Flyers. Survivors include his beloved wife of 25 years, Mary Bednarchik Elstein, son and daughter-in-law, Jeremy Morris and Lindsey Elstein of Oklahoma, daughter, Jessica Quattrocchi of Valrico and three cherished grandchildren, Noah, Fallyn & Graesyn Elstein along with many extended family members. Interment with full military honors will be held at Florida National Cemetery. In lieu of flowers memorial contributions may be made to the charity of ones choice. Family will be sitting Shiva at their home.