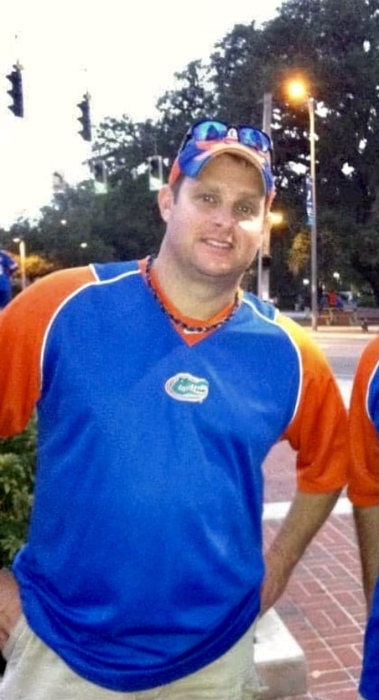 Alan Stuart Beer passed away on February 23, 2021 due to complications related to COVID-19; he was 53 years old.

Alan was born on August 30, 1967 in Queens, NY to Burton S. Beer and Alice S. Beer.  In 1983, Alan moved to Florida with his family and became a life-long University of Florida Gator, earning a Bachelor’s degree in Chemical Engineering and a Master of Business Administration. Alan was the Southeast Regional Director of Power & Energy Services for AECOM.  However, his greatest accomplishment was his role as a husband and father.

In 1994 Alan moved to Tampa, Florida where he met the love of his life, Jamie.  They were married in 1996 and were making plans to celebrate their 25th wedding anniversary this summer.  Together, they had three adoring children.  Alec, Jordyn, and Abram were the center of his universe and Alan, the center of theirs.

As an avid sports fan, Alan spent his leisure time on the sports field, either as a player or coach.  He rarely missed a Gator, NY Giants, or Yankees game. His greatest sports love however, was coaching and cheering for his three children, most recently as the Head Coach of the JV football team at Wiregrass Ranch High School.

Alan did not have friends, if you knew him you were family.  At any function, Alan was the center of the party, always on the dance floor or the storyteller making everyone laugh.  He was the person you could count on to be there when needed the most.

The family appreciates the outpouring of support, donations can be made to Wiregrass Ranch High School Athletic Boosters, the proceeds of which will be used to create a legacy in Alan’s name.

If donating by check:

Or by PayPal to:  WRHSAthleticBoosters@gmail.com