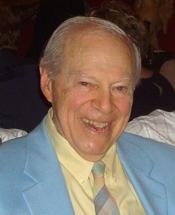 FRANK, Albert, age 87, died Saturday, March 23, 2013 in West Palm Beach. Mr. Frank came to Tampa in 1950 from his native, Burlington, Vermont. He proudly served during WWII in the U.S. Army and graduated from the University of Vermont. He was owner of the Albert Frank Realty, selling and managing commercial real estate in Tampa for over 40 years and was a dedicated family man. He was a member of Congregation Schaarai Zedek and was a former board member of Tampa's Jewish Community Center. He was preceded in death by his beloved wife of 60 years, Lois Shear Frank. Survivors include his daughter, Nina Gerson of West Palm Beach; son and daughter-in-law, Barry & Michele Frank of Palm Beach Gardens, brother, Myer "Mickey" Frank of Tampa, grandchildren, Brian Robert Gerson, Tracy Robin Gerson and great granddaughter, Lily Annabelle Taylor-Gerson. Interment will be private. A memorial service will be held Monday, 12 Noon at Congregation Schaarai Zedek, 3303 West Swann Avenue, Tampa. In lieu of flowers memorial contributions may be made to Hospice of the Palm Beaches, 5300 East Avenue, West Palm Beach, FL 33407.