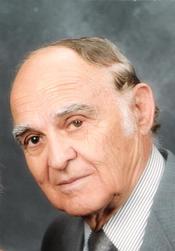 Howard, Alfred age 95 passed away at home surrounded by his family on May 31, 2013. Al was born the youngest of three sons in April in 1918 in Cleveland, Ohio. Al and Betty Selesnick would have been married 73 years in June.

During WWII an unexploded German V1 rocket was shipped from England to Cleveland. Al, as project engineer, was tasked to design a guidance system for our first guided missile using the unexploded rocket.

He was chief engineer for adapting the autopilot for the P51 Mustang. His name is on a plaque in the Museum of Flight in the Smithsonian Institute in Washington DC.

For 50 years Al and his bother-in-law William Selesnick, were partners in several successful businesses. They became the largest commercial grinding company in northern Ohio. They also ventured into producing specialty medical research instruments that were used worldwide.

They built specialty grinding equipment for engine assembly for the auto industrya�"which is still in use today. This equipment was so specialized that it was unable to be duplicated by many who tried.

One of his greatest pleasures was spending time with his family.

Special thanks to the staff at Fresenius Dialysis, St. Joseph Hospital, and Lifepath Hospice.