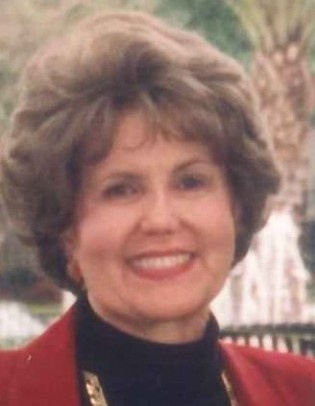 She attended public schools and the Academy of the Holy Names, and then H.B. Plant high school, graduating in 1952. She enrolled in the University of Georgia, becoming a member of Chi Omega. Her work experience began as a pre-school teacher at St. Mary’s Church School until her marriage on June 11, 1955. Her civic activities began as a member of the Junior League of Tampa. Others included the Azalea Circle of the Garden Club of Tampa and The Chiselers.

Charlie’s business took them to St. Petersburg, Sarasota and Orlando, where she was President of the Country Club of Orlando’s Ladies Board and Chairman of its debutante program. She created Cotillion programs in Deland and for the Lakeland Yacht Club.

Soon after returning to Tampa in 1991, she began her Mais Oui … Sil’ Vous Plait program of modern manners, social skills and dining etiquette for children, and Executive Etiquette for adults at the Palma Ceia Golf and Country Club. She enrolled and graduated more one thousand students.

She was a long-time member of St. Andrew’s Episcopal Church and a Daughter of the King. Her genealogical memberships were Daughters of the American Revolution, DeSoto and St. Petersburg chapters; Society of Mayflower Descendants, William Bradford Colony; National Society of Colonial Dames, Tampa Town Committee; and Associate Member of United Daughters of the Confederacy, Tampa Chapter 113.

A memorial service will be on Tuesday, July 16 at St. Andrew’s Episcopal Church at 11:00 a.m. In lieu of flowers, any memorial gifts are suggested to St. Andrew’s Foundation or The Chiselers.