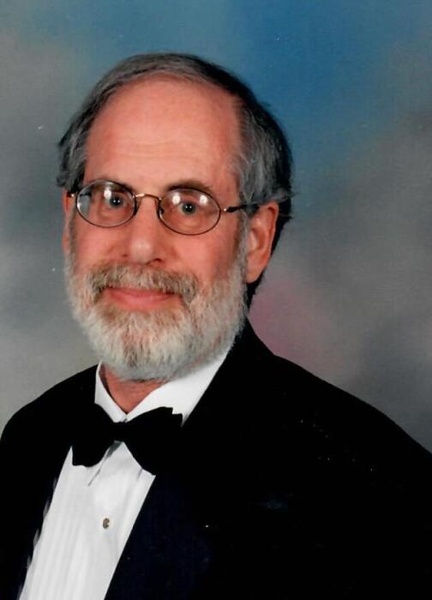 Arthur Sanford Berland, 73, beloved father, grandfather, brother, uncle, cousin and friend passed in his Westchase Tampa home on Wednesday, September 30. Known as Art or Uncle Art to his family and friends, he fought a long, valiant battle with esophageal cancer and had been free of the disease since the spring. Born in Brooklyn, New York, Art grew up in Paramus, New Jersey, with his parents, Herman and Edith Berland, and his brother, Michael Lawrence Berland. He graduated from Paramus High School in 1965 and earned his Bachelor of Science degree in Chemical Engineering at Northeastern University in Boston, Massachusetts. A valued employee of DuPont Chemical Company/Olin Corporation, Art served as the Niagara Falls, New York, plant maintenance manager before retiring. He moved to Tampa in 2013. Since his early years, Art has been dedicated to his Jewish faith. He was just two Haftarah readings shy of his lifetime goal of reciting all the publicly-recited Haftaroth when illness and the pandemic intervened.  He was a member of Beth Shalom Synagogue in Clearwater, where he participated in a weekday minyan group and was a regular participant in Shabbat services. Another of Art’s passions was the Boy Scouts of America. He was an Eagle Scout who inspired hundreds of Scouts whom he served as troop leader and scoutmaster. Art will be remembered for his passion for bicycle riding, his love of the water and sea shelling, his gentle demeanor, devotion to his family, friends and cat, Glenn, and his Hanukkah dinners. Art is survived by his daughter, Rebecca Lee Berland; grandson, Quinn Berland; his brother Mike; nephew Dr. Greg Berland and his wife, Amy, and their two daughters, Reese and Paige; his niece, Lisa Carol Canterberry, and her son Cameron; his nephew, Robert Baker, and his wife, Nancy, and their two sons, Spencer and Sam. Also a cousin, Elaine Schwam, and her husband, Eugene; their daughter, Stacy Constantine, and her husband, Troy, and their children, Sydney and Drew; Elaine and Eugene’s son, Marc Schawm and his wife, Lauren, and their children, Matthew, Dillon and Skyler; a cousin, Sharon Mayer, and her daughter, Amy Furman, and her husband, Eric,  and their children, Randy and Russell; and Sharon’s daughter, Alyssa., and her partner, Jon.  Art found strong support and family closeness in his extended family in Tampa, who provided joyous family gatherings on the beach, in boats and in each other’s homes. He was very close to his beloved ex-wife, Jan Berland. His neighbor, Kathy Davide, was a much-appreciated friend, who weekly hosted Art for Wednesday night dinner.