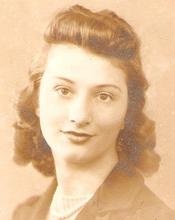 Athena Lozos Fernandez, age 87, passed away February 4, 2012. Athena was born in Pittsburgh, PA to Constantine and Calliope Lozos, both of Athens, Greece. She graduated Carrick High School in 1942 and went on to study at Penn State and Middlebury College. Athena became a teacher and taught eighth grade in 1945 and then in 1946 began teaching first and second year Spanish at Penn State in Dubois, PA. In 1950 she married Eustasio Fernandez and moved to Tampa. She was a charter member of LaSertoma Club of Tampa, serving as President in 1972. She also participated in the celestial hand bell choir at Palma Ceia Presbyterian Church. Athena was preceded in death by her brother Evan and sister Catherine. Survivors include her children, Alexandra Athena Fernandez and Christopher Tasio Fernandez, nieces Lexi, Sandie and Lori, and god- daughter Pattie Brown. A memorial service will be held at 10:30am, Saturday, February 18, 2012 at Palma Ceia Presbyterian Church. In lieu of flowers memorial contributions can be made to any of the following charities; The Spring, The Metropolitan Ministries, The Children's Home or Palma Ceia Presbyterian Church. Interment will be in the Memorial Garden at Palma Ceia Presbyterian Church at a later date.