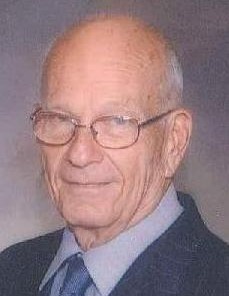 DWORK, Bernard A., age 92 of Tampa, FL., formerly of Boston died Sunday, June 23, 2019. Mr. Dwork graduated Cum Laude from Boston University in 1951 which began an esteemed legal career that would span five decades. He was in private practice for over 20 years with Dwork & Goodman PA and in 1972 formed the firm of Barron & Stadfield PC in Boston where he practiced until his retirement in 2004. He was recognized for exceptional achievements receiving numerous awards for his professional dedication. Bernie was a true sportsman. He was an avid sailor, flew his own private plane and enjoyed the thrill of skiing and riding motorcycles. He appreciated his family and had an affinity for large dogs owning a Great Dane, Golden Retriever and German Shepherds over the years. He was preceded in death by his beloved wife, Kay and devoted sister, Harriet Wasserman. Bernie came to Tampa in 2005 and found companionship and love with Ruth Adrian and will be sorely missed by sons, David Dwork, and Robert Dwork; daughter, Jamie Pierce, step sons, Dan Levine and Randy Levine, seven grandchildren and two nieces. He will be missed and remembered for his analytical mind and quick wit by those who knew and loved him. A committal service will be held Thursday, 11:00 am at Sylvan Abbey Memorial Park Mausoleum, 2853 Sunset Point Road, Clearwater.  A luncheon will immediately follow services at The Bellamy social hall, 4201 Bayshore Blvd. In lieu of flowers memorial contributions may be made to Alzheimer's Foundation of America.