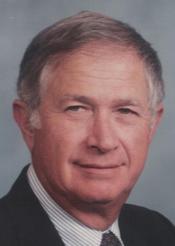 M.D., age 77, of Tampa, passed away on Sunday, October 14, 2012, in a quiet end to a remarkably full and vibrant life. The son of Simon and Rebecca (Trotz) Hochberg, Bernard was born November 16, 1934, in Sokolow, Poland. At the onset of the Second World War, the family fled as refugees to Russia. They endured severe hardship, including the death of Bernard's younger brother, Maurice, and were relocated forcibly, first to Siberia, and ultimately to Uzbekistan before the war ended. They reunited with family in France and stayed on in Paris several years, until they were permitted to immigrate to the United States. They arrived in 1949 via the ocean liner Mauretania. "Mauretania Day" became an annual, personal holiday for this singularly appreciative immigrant. Settling with his parents in Chattanooga, Tennessee, Bernard entered high school and quickly added English to the growing list of languages he could now speak fluently. He went on to graduate in three years from the University of Chattanooga, then enrolled and excelled in the Emory University School of Medicine. Dr. Hochberg completed his surgical internship at the University of California in San Francisco and his residency in urology at Columbia University in New York. He also served as a surgeon in the U.S. Army in Germany during the Vietnam War era, attaining the rank of captain. In 1967, he moved to Tampa to begin practice in urology, working in the clinical program at the University of South Florida and joining the staff of St. Joseph's hospital in 1970. He was a Fellow of the American College of Surgeons and Certified by the American Board of Urology. He was joined in practice by his son, David A. Hochberg, M.D., from 2001 until his retirement in 2003. Bernie Hochberg began each day with a cup of strong black coffee and three newspapers, and he dedicated himself to the tongue-in-cheek goal of "doing well by doing good." He possessed an amazing intellect, an encyclopedic memory, and an insatiable enthusiasm for life. He traveled throughout the world with an open mind and a sense of wonder. At home in Tampa, he was active in community organizations including Temple Schaarai Zedek and Palma Ceia Golf Club, and he strongly supported a broad range of local cultural institutions. Dr. Hochberg was ever grateful for his challenges as well as his opportunities. "Not bad," he would say with a grin. "Not bad for an immigrant who's not long in the country."He is survived by his loving wife Moira J. Burke, M.D. , of Tampa; four sons from his 28-year marriage to Jacqueline Sturton Hochberg, who predeceased him in 1988--Michael M. (Anne) Hochberg, of Los Altos, CA; James L. (Pola) Hochberg, of Mexico City, Mexico; David A. (Lauri) Hochberg, of Tampa; and Eric J. (Ali) Hochberg, of St. George's, Bermuda; four grandsons (Simon, Jacob, Benjamin and Ethan) and a granddaughter (Jacqueline); two stepsons, Brendan Burke (Margarita) Murphy of Charleston, and Ryan Christopher (Amy) Murphy of Tampa; four stepgrandchildren (Sean, Camille, Aiden and Caitlyn); several very special cousins and numerous other relatives; and a devoted canine companion, Finnegan FitzConnor O'Hochberg. Private interment will be held for the family. A memorial service will be held today, Tuesday, October 16, 2012, 4:00pm at Congregation Schaari Zedek, 3303 W. Swann Ave, Tampa. Donations in memory of Dr. Hochberg may be made to The Florida Orchestra, 244 Second Avenue North, Suite 420, St. Petersburg, FL 33701-3318.