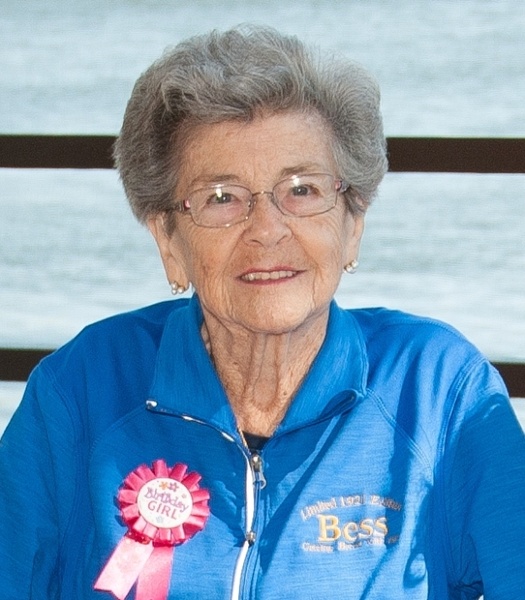 Bessie Lederman Schaffel Selevan passed away peacefully at 97 years old in Tampa, Florida on March 7, 2018.  Bessie was born in Pittsburgh, Pennsylvania on February 5, 1921 shortly after her parents, Sheva and Chaim Lederman, arrived in the United States from Eastern Europe.

She was preceded in death by her loving husband, Milton Schaffel, who died in 1973; her brothers, Alan (Bea) Lederman, Reuben (Audrey) Lederman and her sister Fannie (Irving) Levitt.

Bessie lived in Pittsburgh until 1961 when the family relocated to North Miami Beach, FL. In 1977, she married Arthur Selevan and enjoyed many years of traveling around the world with him until his passing in 1983.

Bessie was a true Renaissance woman, renowned for her incredible baking, cooking, needlepoint, sewing, knitting, and leadership skills.  The framed needlepoint pieces that she made for every family wedding, new baby, or bar/bat mitzvah were prized by all who received them.  There was no project too big or too small for her to undertake.
An avid reader and crossword puzzle expert, she was a formidable Scrabble player until her death.
She helped found and lead Brownie and Girl Scout Troops in the Pittsburgh area in the 1950’s, and was in the forefront of insisting that her groups include girls of all races and nationalities.

In her later years, she made a career of collecting and preserving Yiddish literature in South Florida, sending thousands of books to national organizations for inclusion in their libraries.
She was active in documenting the remembrances of Holocaust survivors, and was lauded for her work by National Public Radio in a series sponsored by Steven Spielberg.
She was active in the sisterhood of Temple  Beth Torah where she was a member for over 50 years.
She will be greatly missed by her friends at Allegro at Hyde Park where she had resided for the last several years, quickly becoming a welcome ambassador for new arrivals presenting them with handmade baskets from the Basket Weaving Club.