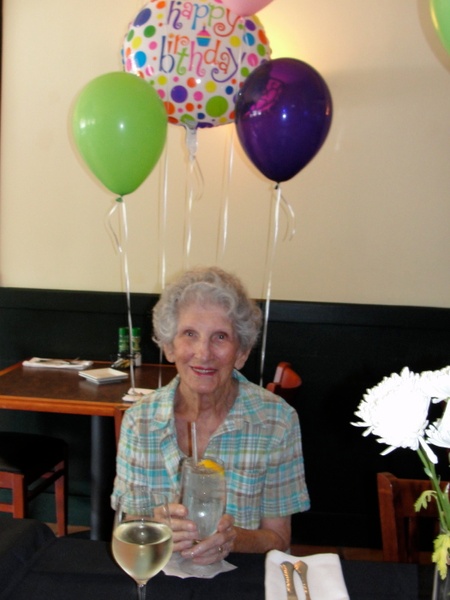 Blanche Berger Fierstein, 99-years-old, of Odessa, FL, passed away in her home on October 29, 2021. Blanche was born on August 4, 1922 to Selma and Ben Berger in Baltimore, MD. She married Jacob S. Fierstein in 1945 and they worked together their entire lives. First, they had a chicken and egg stall at Belair Market in Baltimore, and later they owned Todd’s Shade and Blind in Tampa, Florida. She is pre-deceased by her husband, her brother, Sonny Berger of Baltimore, and her sister, Irene Rubenstein of Tampa. She was a beloved mother to Carl Fierstein of Tampa, Robert Fierstein of Pittsburgh, and Frank Fierstein of Southport, NC. She was cherished by her four grandchildren, Ben, Garrett, Lisa, and Sara, as well as her four great-grandchildren, two daughters-in-law, and several nieces and nephews. Blanche loved nothing more than to share food with family and friends. In her honor, donations may be sent to World Central Kitchen , The Jewish Relief Fund or Hadassah