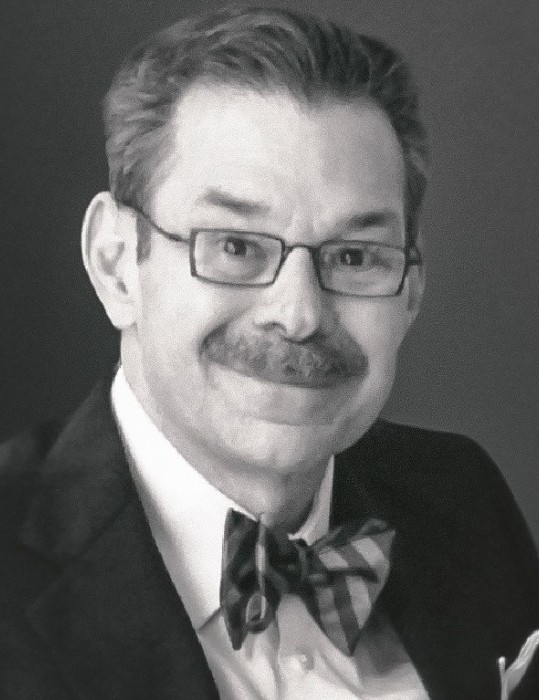 Bruce Torin Merenda, 63, of Tampa, FL passed away on May 1, 2017 in Tampa, comforted by his wife and son.  His unexpected diagnosis of esophageal cancer came after months of investigation into an unexplained cough.

He was born November 20, 1953 in Winchester, MA, to Charles Francis Merenda and Norma (Williams) Merenda. He grew up in his beloved Winchester and was fond of the boarding school he attended, the Boynton School of Orford, NH. His late teenage years were spent in Sarasota, graduating from Sarasota High School in 1971, then attending the Ringling School of Art.  Bruce began a career in retail merchandising, working in Fort Myers and Tampa for Robinson’s, Maas Brothers, and Brooks Brothers, later moving to New York City to oversee the Eastern Seaboard of Brooks Brothers’ merchandising displays. He moved back to Tampa and worked for Creative Arts Unlimited, where his wild imagination was given free reign to design magnificent projects for Disney World, museums, retail spaces and children’s libraries, and others.

Bruce met his soulmate, Corey Jane Holt, in 1999. They married the next year. It was truly love at first sight and he delighted in telling the story of their meeting. They had 17 years of blissful marriage. Each one’s priority was the happiness of the other.

In 2007 Bruce and Corey formed their own company, Studio B Design Concepts Inc. Bruce’s inimitable style and Corey’s organizational skills gave birth to a very successful business, allowing them to work together daily for the last 10 years. They were inseparable – working together, spending free time together, laughing and living a joyous life, holding each other up in times of struggle or sorrow.

Bruce’s son, Schuyler Allen, was a source of immense pride. Although Schuyler’s life as a surfer in Hawaii was quite different from Bruce’s life of design, people who knew them both saw more similarities than differences. Bruce wanted to share with others Schuyler’s many adventures and was delighted and blessed to have such a thoughtful, outgoing, caring son.

Bruce’s exuberant spirit was quickly apparent to all who met him. His zest for life was truly beyond compare. He always had an encouraging word for the endeavors of others and selflessly shared his knowledge, opinions and passion without reserve. He was a Giver in the truest sense of the word. He made a friend of all he met because he was truly interested in everyone. He was a man of style, an impeccable dresser, a lover of art and music. He always had a song in his heart as he joyously bounded across this beautiful earth with an unstoppable energy and a contagious joie de vivre. He will be missed by so very many.

Bruce is survived by his devoted wife; son; sister, Constance (Chuck) Kauffman; nephews, Matthew, Alex, Maxime, Tracy, Jesse; and niece, Madeline. He was preceded in death by his parents and by brothers Guy and Mark.

Services: a celebration of Bruce’s life will be held on Friday, May 12, at 1pm at the Hilton Carillon Park, 950 Lake Carillon Drive, St. Petersburg, FL 33716.

While Bruce loved flowers, he had great fondness for the Make-A-Wish Foundation.

May his passion and love and boundless energy explode across the universe in a fabulous shower of light and color and blinding radiance.