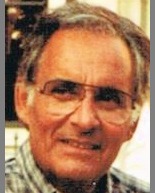 Sun City Center, FL - Burton Edwin Bennett, almost 90, formerly of Margate, NJ, and Pompano Beach, FL, died on October 12, 2022, after succumbing to a number of chronic illnesses.  He was married to Jean Lee Bennett, nee Neff, with whom he recently celebrated their 66th year together.  They successfully raised three children, resulting in four grandchildren and two great-grandchildren.

Burt was born in Philadelphia, the oldest child of Benjamin and Dorothy (nee Wolfson) Bennett.  He graduated from West Philadelphia High School, where he lettered in basketball, a sport that brought him a good deal of joy throughout his life.  After four years of service in the Coast Guard, Burt began a career in the insurance business, eventually holding executive positions in several companies.  He also proudly co-owned and operated a hotel in Atlantic City for 12 years, with Jean, Jean's twin sister Irma and Irma's husband Aaron Hafetz.  After leaving the insurance industry, during the early days of the casino era, Burt tapped into his industrious spirit and developed and ran one of the main bus parking lots in Atlantic City.

In his retirement years, Burt taught himself watch repair, using an impressive amount of dexterity and patience to master this delicate skill.  He enjoyed making his many friends and customers happy by fixing their treasured timepieces. In addition, he designed custom-made pieces that his grandchildren recall and cherish until today. More recently Burt turned his creativity to painting, making collages and creating showpieces by painting abstract designs on common household objects.  Some of his designs were used on pillows, cutting boards, and face masks on the Society6 creative website under the name Bebart.

Thanks to his charm and easygoing style Burt made friends easily.  Often was the time that the family would be out, even many miles from home, and he would run into someone he knew.  Burt also maintained lifelong relationships with his childhood friends from West Philly.

Burt leaves behind his loving wife Jean, his children Brad Bennett (Kebby Berg) of Clinton, NY, Paula (Stan) Lipski of Sun City Center, and Robin (Shlomo) Ben-Hur of Vevey, Switzerland.  He also leaves his cherished grandchildren Michael (Beth) and Steven Bennett, and Daniel and Arielle Ben-Hur, along with his great-grandchildren Gregory and River Bennett and his sister Sally.  Burt also had a special relationship with his nephews Scott, Drew, Larry, and Glenn Hafetz, and their families.  He will be greatly missed.
A graveside ceremony will take place at 11:00 AM on Sunday, October 16, at Beth Kehillah Cemetery, 6687 Black Horse Pike, Egg Harbor Township, NJ.  The family will observe shiva at Burt and Jean's home in Sun City Center, FL.

In lieu of flowers, the family requests donations be sent in Burt's memory to a charity of your choice.