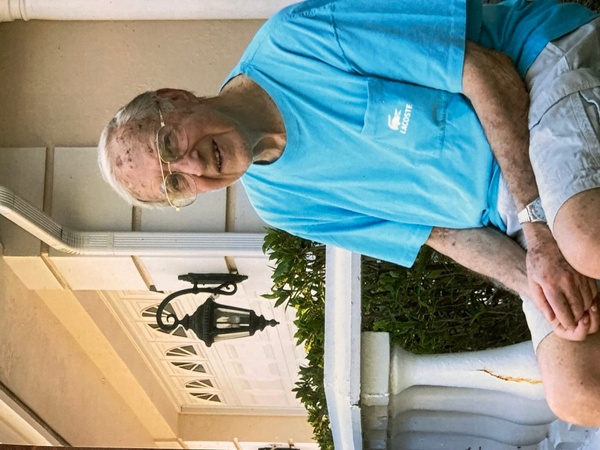 Dr. Byron “Doc” Wolfe Goldberg, 92, of Sarasota, Florida, formerly of St. Petersburg, FL died peacefully with his family by his bedside on the morning of Thursday, August 5, 2021.

He was a devoted healthcare provider committed to the physical and emotional well-being of thousands of patients over a medical career spanning nearly four decades. A savvy entrepreneur, Doc’s laser focus and business acumen ensured economic success and mutual opportunities for dozens of business partners over the years. After retirement from medicine, he pursued his lifelong passion of becoming a professional musician and passionate entertainer whose singlehanded love of sharing cultural joy occupied most of his time. Most importantly, he was a reliable friend to so many people-always willing to help.

Byron was born in Philadelphia on October 7, 1928. He began taking piano lessons at the age of four. He attended Boys Central High School. During the summers throughout high school and college he played piano throughout the Northeast circuit in Philadelphia, NJ, and NY, playing in resorts in the Poconos and Borscht Belt. After graduation from high school, he earned both his Bachelor’s and Master’s degrees at Temple University

Though music was his first choice for his career, he ultimately chose what his parents believed was the more stable career of medicine, laying aside his musical ambitions, knowing it would only be temporary. He was accepted at all the medical schools he applied to, ultimately selecting the University of Des Moines College of Osteopathic Medicine and Surgery for his medical training. A stellar student, devoted to his studies, he still needed funds to support himself during his residency. He sold medical instruments, but as he had suspected, the pull of music was stronger. As a result, during medical school he further supplemented his income by traveling throughout the Midwest in “Territory” bands, often playing one-nighters several times a week.

It was in Des Moines that he met, and, after a two-year courtship, married his beloved Shirley. After starting a family, Byron, Shirley and their two children ultimately settled in Western Michigan and established a successful medical practice. During his medical career, he served a term as President of the Michigan Association of Osteopathic Physicians. With an undying love of the water, Byron was an avid boater and owned many boats in Michigan, even serving for a time as an officer in the Michigan Power Squadron. He and his family stayed in the East Grand Rapids area until his daughter and son went off to college. The couple relocated to St. Petersburg in 1975, where he continued his medical practice and remained an avid boat captain. His desire to broaden his medical horizons steered him to seek a specialty in Psychiatry at age 50 at USF Tampa, ultimately serving as Chief Psychiatric Resident there. Following the residency, he served as administrator of a community mental health facility in Pinellas County, a psychiatrist for juveniles for the Sixth Judicial District in Pinellas, Hillsborough and Pasco Counties and a Consultant to Bay Pines Veterans Hospital.

After retirement from medicine at the age of 62 he went to work full time as a musician. He enrolled at Eckerd College at the age of 70 in a full-time program of music study, earning a bachelor’s degree in music. During school, he traveled and worked with a theatre troupe in Avignon, France.

Later he played all forms of music, including stops at the 500 Club in Atlantic City and Philadelphia, chartering a train car with a group of jazz musicians south to Dixieland Hall in New Orleans. Doc performed on Mississippi sternwheelers, cruise ships (serving simultaneously as Ship’s Doctor), accompanying singers and show acts, singles, small and large groups throughout the U.S. and overseas, even being sought after as a fill-in with the likes of Tommy Kaye, Woody Herman, Tommy Dorsey, and Pearl Bailey when they were performing in his area. He wound out his thirty five-year musical career playing in venues throughout the Tampa Bay and surrounding areas such as Eckerd College, St. Peter College, USD, area beach hotels, the Coliseum, St. Pete Pier, Ruth Eckerd Hall, Sun City Center and The Villages.

He was preceded in death by his late parents Henrietta (nee Ball) and Albert Goldberg and his sister Syma Zucker, in-laws Bert and Ruth Blotcky (nee Leiserwitz), ז״ל.

NOTE: A celebration of Byron’s life is in the works on-campus at ASPEC (Academy of Senior Professionals at Eckerd College) and, depending on the situation with the Pandemic, will be held in-person in early October. Otherwise, a virtual celebration will be organized. Please stay in touch with us at tishgold@verizon.net using the subject ASPEC. Thanks
Donations in his memory can be made to:
ASPEC https://www.eckerd.edu/aspec/giving/
TIDEWELL HOSPICE: https://tidewellfoundation.org/donate/
ALZHEIMER’S ASSOCIATION: https://act.alz.org/site/Donation2?df_id=32112&321...