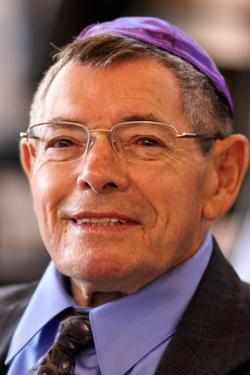 It is with great sadness that we announce the passing of Carl Richman, on Monday October 10, 2016 at the age of 79.

Carl, the son of Morris and Toba Richman, grew up on Lewis Street in Portland, Maine. He enlisted in the US Army National Guard, and served during the Berlin Crisis.

As a young adult he took an active role in his father's scrap metal recycling business, learned the trade, and eventually took over the business as Richman Scrap Metal, which he ran for over 45 years. Carl met the love of his life, Recia, in 1964. They married on July 11, 1965, and shared many amazing years together enjoying holiday dinners with family, having picnic lunches, taking long drives together, boating on Sebago Lake and spending time with their four grandchildren.

Carl was a quiet, strong man. He was truly engaged in everything his wife, children and grandchildren did. He was supportive, and always encouraging. He was a gentle soul and was always kind and loving to those he came in contact with. Carl was always joking and smiling, even when you knew he wasn't at his best. He had an endearing quality that truly set him apart from the rest.

Carl is survived by his loving, devoted wife, Recia, of 51 years, and his twin brother, Edward Richman. He is predeceased by his older sister, Barbara Cooperstein. He will be missed by his children, Terri Richman Hinds and her husband, Jeff, his grandchildren, Ethan and Miriam Hinds of Tampa; as well as his son, Michael Richman and his wife, Nicole, his grandchildren Mikayla and Tyler Richman of Gorham. In addition, he will be missed by many cousins, nieces and nephews.

Special thanks to Suncoast Hospice in Florida for the loving care and support provided to Carl and Recia during this past few weeks.

In lieu of flowers, we would request that donations be sent to: Congregation Kol Ami 3919 Moran Road Tampa, Florida 33618 https://www.kolami.org/dues-donate