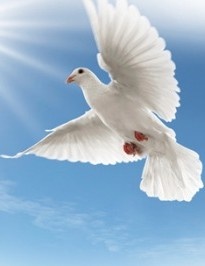 CABRERA, Consolacion S., “Cholley” (pronounced Charlie), age 94, of Tampa, formerly of Alexandria, VA died Sunday, October 7, 2018, at the Ybor Healthcare and Rehabilitation Center. Cholley was born in the Philippines to the late Laureano and Filomena Salcedo on July 24, 1924, and then migrated to Virginia some years later. She married the late Francisco V. Cabrera on May 1, 1942, and together they had six children. Cholley was a beautiful, generous, strong-willed woman who had an upscale taste with very modest means. She was also a teacher, a fashionista and an avid food enthusiast. She was a practicing Catholic and was a parishioner of Blessed Sacrament in Alexandria, VA. Survivors include her beloved children, Alex (Rebecca), Samuel (Flory), Cipriano, Noemi (Jim), Leila (Bill) and Mitos; 12 grandchildren, Eric, Aaron, Melecio, Grace, Noemi Lisa, Monica, Oswaldo, Ela, Cisco, Tazsa, Steven and Christopher; 16 great-grandchildren; former daughter-in-law, Annie; and brother, Jose Salcedo. Private services will be held in Alexandria, VA at the family’s request.