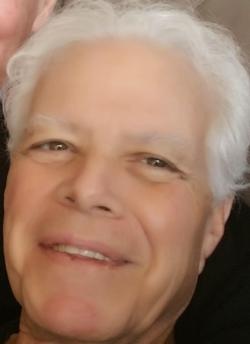 Craig A. Chase left us peacefully surrounded by family and friends on January 29, 2015. He was born in Worcester, Massachusetts in 1948 and moved to Tampa with his family in the 1950's. He was preceded in death by his parents, Bert and Ginny Chase, and his sister, Andrea Chase Buchman. He was a graduate of Plant High School class of 1966 and attended Florida State. He started working in real estate and then found his dream job touring with Top Artists in the music industry where he quickly became the "go to guy" for difficult touring artists. After touring for over a decade, he came back to Tampa and joined his father, Bert, in the real estate business. He participated in Gasparilla as well as other local charity and fund raising organizations as a long time member and past president of the Tampa Jaycee's. He was a Tampa Bay Buccaneer supporter since 1976. He is survived by his wife, Janice, his son, Cory, and the two special loves of his life, granddaughters, Kaitlyn and Madison; his 2 brothers Michael (Sandy) of Tampa, James (Tonya) of Pensacola; nieces and nephews, Jamie, Max, David (Kayla), Virginia (James) and Kimberly (Joshua), Todd (Rhonda) and Jarrod (Meghan) Buchman and their families. He made friends and created special bonds and memories with people wherever he traveled. Anyone who knew Craig knew how much he loved life and helping wherever he could. We will miss his sense of humor, his lust for life, and his never ending smile. "I'd rather die while I'm living then live while I'm dead". Please join the family for a Celebration of Craig's Life on Monday, February 2nd from 6:00 p.m. to 10:00 p.m. at Mainsail Suites Hotel and Conference Center located at 5108 Eisenhower Boulevard in Tampa.