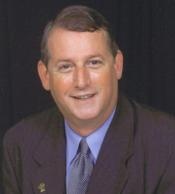 He was born on April 19, 1963 in Tampa to Herb and Ruth "Cookie" Neuman. He was a 1980 graduate of Plant High School, a 1985 graduate of Hillsborough Community College in Electronics Technology and a 1992 graduate of Full Sail Center for the Recording Arts in which he was the Salutatorian of his class. He was previously employed by Sound Advice, Centercom, Fox Channel 13 and CITV. He was a Regional Marketing Manager with the Maddux Business Report from 2000 to 2009. He was the SmartPark Marketing Manager with Verizon from 2009 to 2010. He most recently was an Executive Producer at Tampa Digital. He was also involved in several marketing associations and held several Board positions including President of the Tampa Bay Advertising Federation and a Board member of the Florida Autism Center of Excellence.

On April 1, 2000, he married Collette Couey at Congregation Schaarai Zedek in Tampa. She survives along with their 8 year old son, Jacob. He enjoyed playing guitar, writing and recording music, filming and editing videos and spending time with his family.

The family will be receiving friends immediately following the service on Friday and again Saturday evening at 5:30 pm in the home of Rod and Jill Neuman, 135 Baltic Circle, Tampa 33606.

*AN ACCOUNT WILL BE ESTABLISHED TO BENEFIT CRAIG'S SON, JACOB. DETAILS WILL BE AVAILABLE ONLINE SHORTLY*