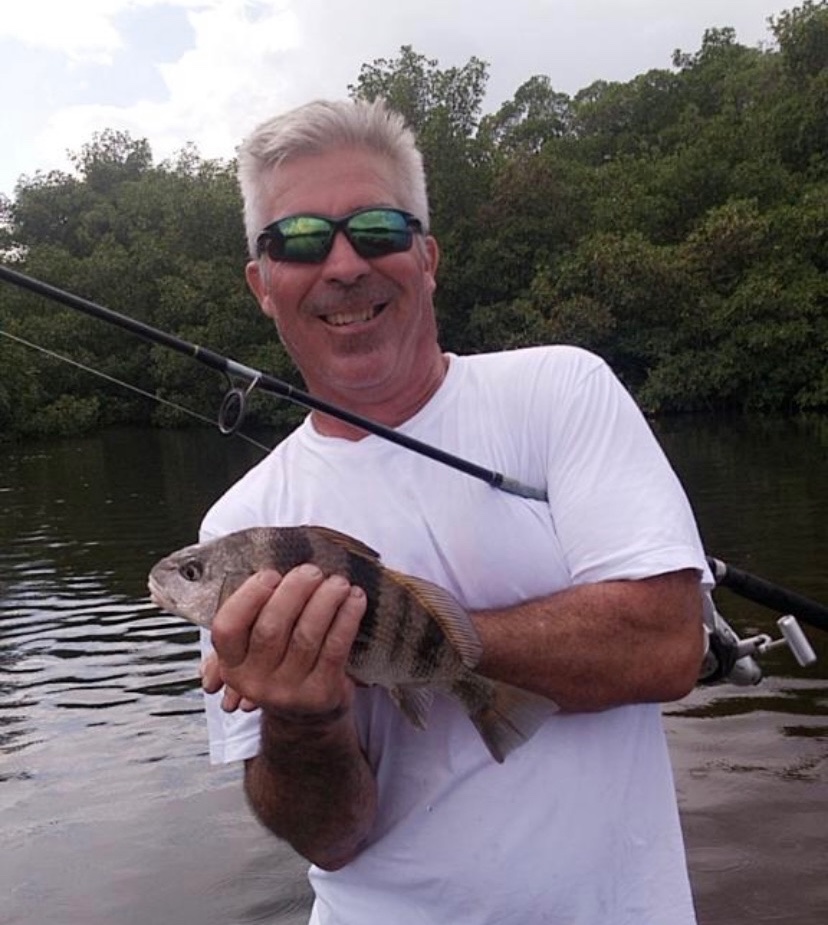 Daniel Richard Sheehan, age 58, of Holiday, FL, passed away peacefully with his family and friends by his side on March 4th, 2022, after enduring a long, courageous battle with cancer.

Dan was born on July 3rd, 1963, to John J. Sheehan Jr. and Catherine McTigue Sheehan, in Stamford, CT.  After graduating from Stamford High School in 1981, Dan served 4 years in the United States Marine Corps, where he was stationed in California and Iceland. Dan returned to Stamford where he met and married his then wife, Noreen (Bren) Brennan. Dan and Noreen went on to have two sons, Jack (23) and Luke (14).

They resided in Florida where Dan continued his career as a master carpenter. He worked for PJ Callaghan Construction, St. Petersburg, FL,  for the last 12 years where he was a valued employee. Dan’s dedication to his job, along with his incredible work ethic will be extremely missed by those who worked alongside him.

When Dan was not working, he was spending time with his boys, fishing, coaching youth football, or golfing. Dan was an avid golfer and quite a competitive person, who took great pleasure in beating Bren on the golf course. Those moments were rare, but when they happened, Dan celebrated with gusto.

Dan was predeceased by his parents, Jack and Catherine, and his son, Luke. He is survived by his loving ex-wife Bren, son Jack, both of Florida, brothers Jack Sheehan of Fairfield, CT,  Jerry Sheehan and his wife Felita of Bethel, CT, Stephen Sheehan and his wife Kristine of Trumbull, CT, sisters MaryKate Sheehan of Fairfield, CT,  Shannon Boldrighini and her husband Rich of Fairfield, CT, nieces and nephews: Meghan, Erin, and Colleen Sheehan, Kevin and Janey Boldrighini, Charlie and Samantha Sheehan.
Dan was also a proud grandfather to Spencer(3) and Zane(2) Sheehan.

Marines are taught to be able to overcome any obstacle, which serves them well in combat. This concept is encapsulated in the Marine slogan, “Improvise, Adapt, and Overcome,”  which is a mindset that allows Marines to deal with any physical, mental, or spiritual hardship. Dan did his best to live his life by this mindset. To say Dan went to combat these last few months would be an understatement. For the family and friends Dan left behind, just remember this:

“Yea, though I walk through the valley of the shadow of death, I will fear no evil, for I am the baddest one in the valley, I am a United States Marine.”