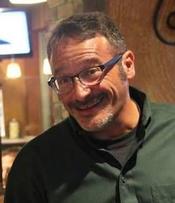 David Stuart Heller of Tampa, son of Dr. and Mrs. Jack Heller of Tampa, passed away unexpectedly on October 29, 2013, at age 48 from complications due to an enlarged heart. Mr. Heller was born and raised in Storrs, Connecticut, and graduated from E.O. Smith High School in 1983. He attended the University of Connecticut and graduated from the University of South Florida with a B.A. in History. Mr. Heller was an educator. He was a science teacher at Orange Grove Elementary, Mary Help of Christians School, Pepin Academy, and Randall Middle School. He was a long-time summer camp counselor and director at Hiawatha Day Camp and, most recently, at Summer at the Lakes, the summer day camp at Academy at the Lakes in Land O' Lakes. During the mid-90's he was the Educational Outreach Coordinator at Lowry Park Zoo, a role in which he visited many schools and children's programs, and appeared frequently as a guest on Channel 10, always with special animals in tow. Anyone who knew Mr. Heller, or "Mr. David," as he was known to the thousands of area children he shepherded through summer camp experiences over the past 20 years, knew his interest in and commitment to helping children grow through outdoor experiences. The activities he ran in fishing, canoeing, archery, and magic tricks were always very popular, largely because of his contagious positive energy and his joyful, gregarious personality. In all of his roles as an educator, Mr. Heller was known for his ability to teach character through every interaction he had with students. He made countless small gestures to his students and his campers, leaving them with words or symbols to help them remember a lesson or experience. He never sought recognition or reward but rather was very content just to do what is right and good and to make a difference with a child by being an example of that. Mr. Heller is survived by his parents, Jack and Judy Heller of Tampa, his sister Lynn Heller of Tampa, his brother Mark Heller of Land O'Lakes, his sister-in-law Kathy Heller, his nieces Eden Heller and Kennedy Lachicotte, his nephew Ben Lachicotte, and his girlfriend Lori Capra of Olympia, Washington. A Celebration of David's Life will take place at Reilly's Reserve in Lowry Park Zoo on Saturday, December 14, 2013 at 10:00 a.m. THERE WILL BE NO ADMISSION FEE FOR ATTENDEES!! To honor David's memory, his family has established the David Heller Summer Opportunities Scholarship Fund, which will offer summer learning opportunities to children who otherwise might find them out of reach. If you wish to honor David's memory with a contribution, please consider the David Heller Summer Opportunities Scholarship Fund, c/o Academy at the Lakes, 2331 Collier Parkway, Land O'Lakes, FL 34639.