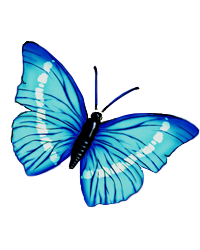 GROSS-LEAVENGOOD, Dena, age 65 of Tampa died Thursday, August 8, 2019. Dena was a Florida native and a marine biologist. She graduated with a Zoology degree from the University of Florida and received her Masters from the University of South Florida. Her education and training launched a career that would span decades of activism and professional accomplishments. She was a community leader advocate for the Tampa Bay Region of Tomorrow Matters of which she co-founded and was founder of the Hillsborough Health Care Coalition. She was an Adjunct Professor at the University of Tampa and received national recognition for her role as community liaison for the Florida Aquarium. Dena was a tireless civic volunteer and was affiliated with countless organizations including past president and board member of the League of Women's Voters, the Athena Society, Planned Parenthood of Southwest and Central Florida and the Greater Tampa Chamber of Commerce to name a few. She was recipient of the 2010 Education award presented by the Health Council of Pinellas County, the 2003 Human Rights Award from the Tampa/ Hillsborough County Human Rights Council along with many other awards and recognition for her part as a facilitator and participant for the betterment of the community. She used her talents to educate and make changes in community, environmental and scientific endeavors. Survivors include her father, Marvin Gross; mother, Jane Gross Guenther; sister, Pam Matteen; brother, Aaron Gross, nephews, Joseph Matteen and Jordan Gross; niece, Cassandra Gross and great nephew, Asher Matteen. A memorial service celebrating her life will be held at The Florida Aquarium Mosaic Center on Sunday, September 8, 2019 at 9:00 AM. Memorial contributions may be made to The Florida Aquarium, Tampa or Tomorrow Matters, Tampa Bay Region.