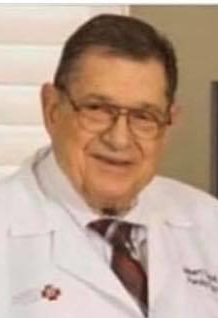 Dr Albert Tawil, age 83, of Tampa, FL passed away August 19, 2020.  He was a loving husband, father, father-in-law, brother and grandfather.  He spent his career as a devoted physician caring for generations of families in the Tampa Bay Area. Dr. Tawil was born in Scranton, Pennsylvania to the late Rose Haber Tawil and Leo Tawil.  He attended University of Scranton and graduated Suma Cum Laude.  He went on the attend Jefferson Medical School.  While in college, he married the love of his life, Judith Berger Tawil. In 1962, Dr. Tawil completed his education and moved to St. Petersburg to do a one-year residency in family medicine (known then as general practice) at Mound Park Hospital (now Bayfront).  In 1963 Dr. Tawil opened his office on Buffalo Avenue.  He and his wife Judy managed his practice for 58 years. In 2005, the Florida American Academy of Family Practitioners bestowed the award of Physician of the Year.  He was also awarded the Top Doc award of Tampa Bay a multitude of times including 2020.  He was also proud that he continued to sit for both the family practice and geriatric boards.  He was the medical director for Medi Home Health Dr. Tawil was also part of a select group of physicians permitted to certify aviation exams. During Covid, he never closed his doors and never stopped going to the hospital or nursing homes. He believed isolation was also a risk factor and that telemedicine could not substitute for hands on compassion.  His passion for work never ceased and he practiced medicine until the day of his passing. Dr. Tawil always made time for his family and friends.  A father to two and grandfather to four, he was always present to spread his love and care wherever it was needed.  He continued the legacy of family membership at Congregation Rodeph Sholom his entire time in Tampa.  He always said “If your children aren’t happy, how can you be happy”? His proudest moments were watching Jacquelyn perform at Stetson University Choral group, Albert improve his track times at Tampa Preparatory School,  Teddy win debate team accolades and ultimately gain acceptance at Yale University and seeing Rosie’s artistic talents continue to unfold as she entered high school. He also gave a great deal of credit to his son-in-law Rick and daughter-in-law Joanne for devoting their lives and careers to the raising of his grandchildren. He is survived by his loving children Lisa Tawil (Rick Brown) of Tampa, Florida and Lee (Joanne Hoffer) of New York City and four grandchildren Jacquelyn and Albert Tawil-Brown and Edward (Teddy) and Rosie Tawil as well as his siblings Dr. Robert Tawil and Esther Weisman of Tampa, Florida Jacquelyn Wald and Fran Berrin of Miami, Florida. Dr. Tawil was preceded in death by his loving wife of 60 years, Judy Tawil, who was lost to us only five months ago.  Although the proximity of time is difficult for the family, there is a beautiful solace in knowing that the pair will no longer have to be apart. They will be missed every day as we take our every breath. The family is extremely grateful to his staff at his office: Matthew, Izzy, Teep, Doris, Leeanne, Don and Mairo. The office was blessed to have Robert Garcia as our accountant. We also wish to thank Eric Harrison MD for being a friend at all hours.  Also to be acknowledged: Martha Price MD, Stephen Kreitzer MD, Tania Lozeno MD, Sam Diasti MD, John Lippleman MD, Cheryl Reed MD, Krishna Tewari MD for their support of his medical practice.  The family would also like to thank Memorial Hospital for their support and respect. Finally, the family would like to thank Segal funeral home for their sensitivity in caring for our most precious jewel. Funeral services will be held graveside at Rodeph Sholom Cemetery with a zoom option on August 21, 2020 at 2:30 PM.  Pall bears: Tom Kelly, Robert Garcia, Burt Bernstein, Jeff Starkman MD, Sam Mehring, Sam Diasti MD, John Lippleman MD,  Rick Brown and Albert Tawil-Brown.  Honorary pallbearers: Eric Harrison MD, Martha Price MD, Cheryl Reed MD and Steve Kreitzer MD