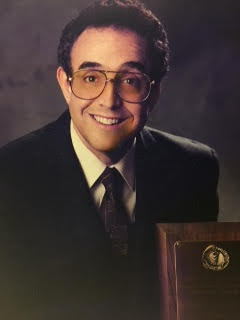 Dr. Harold Adelman passed away on Sunday, December 10, 2017, at home in Tampa, Florida, surrounded by his loving family. Born on May 8, 1942, in Far Rockaway, New York, Dr. Adelman proudly served in the US Army Reserve and became one of Tampa’s first rheumatologists in 1976.  He was devoted to his patients in private practice, the USF internal medicine program, and the James A. Haley Veterans Hospital. Among his many accomplishments, Dr. Adelman was Assistant Chief of Internal Medicine at the James A. Haley Veterans Hospital, Professor Emeritus, and recipient of the Roy Behnke Residents’ Faculty Award for extraordinary devotion and excellence in teaching.He enjoyed music, literature, comedy, and the Yankees.  He cherished his family and is survived by his wife of 52 years, Maralyn Adelman, daughter Sharon Adelman-Crowley, son-in-law Richard Crowley, son Matthew Adelman, daughter-in-law Jeannette Estevez Adelman, and three grandchildren, Shayna Crowley, Samuel Adelman, and Julian Adelman. Memorial Services will be Thursday, December 14, 2017, Congregation Beth Am, 2030 West Fletcher Avenue, Tampa, FL 33612, at 10 am. In lieu of flowers, the family requests that memorial contributions be made to: Moffitt Cancer Center Foundation, in memory of Dr. Harold Adelman, supporting prostate cancer research, 12092 Magnolia Drive MBC-FOUND, Tampa, FL 33612 or www.moffitt.org/giving. Condolences may be expressed online at segalfuneralhome.com