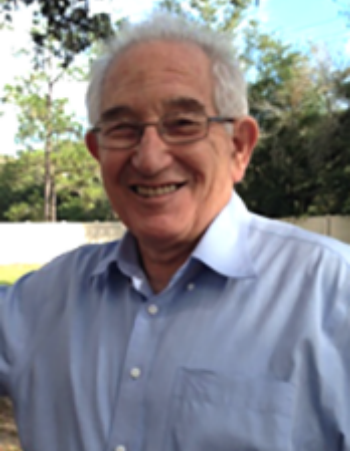 Emanuel ‘Manny’ Donchin was born April 3rd 1935 in Tel Aviv Israel to Guta & Michael Donchin.   His father owned a book store and his mother worked in an office in Tel Aviv.  When Emanuel was 3 years old, he traveled with his mother to visit her family in Pinsk, Poland.  A photo hanging in his parent’s apartment in the center of Tel Aviv commemorated this trip with the young Emanuel sitting on his grandmother’s lap.  Shortly after they traveled back to what is now Israel, World War II started.  They never saw or heard from his family again.  This memory helped shaped him.

In Tel Aviv, Emanuel grew up in what is still the family home at 55 Shlomo Hamelech in the center of Tel Aviv.  Close family ties included Uncle and Aunts who were also ‘pioneers’ of Palestine who fled Europe in the 20’s and 30’s anticipating the Holocaust.

His youth was spent developing a love of books (especially comic books) and reading.  His parents were very social and their home served as a gathering place.  There were always many interesting people in and out of the apartment.  When Holocaust survivors began to arrive in Israel, they often stayed in the extra room in the small apartment.  His brother Yoel was born in 1944, bringing even more love and laughter to the warm safe home.

All of these early experiences helped shape Emanuel’s view on the world and his belief in Socialsim and Zionsim. He often recalled vivid memories of 1947 and 1948, the War of Independence and when Israel first became a State.

In 1949, when he was 14 years old, Emanuel met Rina Grinbarb.  Together they spent their teen years in Tel Aviv.  They joined the youth movement with a core group of friends who still today are a close group.  In 1952, he joined the Israeli Defense Forces and served until 1955.  He and Rina were married on June 3rd 1955.  They were pioneers of Kibbutz Ayal with their same core group of friends.   His role on the kibbutz included working in the orchards and being a leader of the youth movement.

In 1957, at 22 he started his studies at the Hebrew University in Jerusalem, as an undergraduate major in psychology and philosopy.  This was an unusual time for psychology in Israel.  The former head of the psychology department had been killed in the fighting in Jerusalem in 1948 and the program had been closed down.  But in 1957, Manny became a member of the first class of the new department.

As there was no students in Psychology who were more senior than the class of 1957, Manny and his cohorts found many doors wide open.  He was chosen as a research assistant to Sonny Kugelmass, a psychophysiologist with an interest in autonomic responses and emotion and Manny became an expert in recording GSP and other autonomic functions.   This would guide his career for the next 60 years.

In 1961, Emanuel was accepted to Graduate School at UCLA.   Rina and Emanuel boarded a boat in Haifa and took the long journey to the United States.  Their flight to Los Angeles was 16 hours.

In 1969 he joined the University of Illinois Psychology Faculty. He was Head of the Department for 14 years, hiring many of the current faculty members and leading the department to rank among the top 5 in the US.

Manny & Rina lived in Urbana, raised their family and became an integral part of the community.  They collected a group of lifelong friends and their home was the epicenter for cultural and social get together’s, just like their parents.

In 2001, he retired from the University of Illinois as Emeritus Professor and joined the University of South Florida as Department Chair.  He and Rina adapted to the Florida lifestyle quickly, creating new ways to instill Israeli culture into their new community.  They were honored in 2016 as 8 over 80 by the Jewish Community in Tampa.

Manny was a pioneer and a giant in the field of brain electrophysiology, demonstrating that brain signals recorded from the human scalp can be interpreted and be predictive of cognitive processes.  He shaped the field of ERPs (brainwaves) into what it is today, and trained a large number of graduate and postdoctoral students who continue to uphold his scientific legacy.  He was President of the Society for Psychophysiological Research (SPR) in 1980, and won SPR’s highest honor (the Distinguished Career Contribution Award) in 1994.   The University of South Florida honored him with the title Distinguished University Professor.   He remained active with teaching and research throughout his life.

He leaves behind his beloved wife Rina, his brother Yoel, two children Opher and Ayala, and 5 grandchildren, Mikael, Danielle, Ishai, Yaara and Brooklyn.

Emanuel is remembered as a warm, brilliant and kind man with a sharp sense of humor and a love of opera, books and family.

As one friend remembered he was a former kibbutznik who thrived in the United States, while maintaining the cultural framework of his youth.