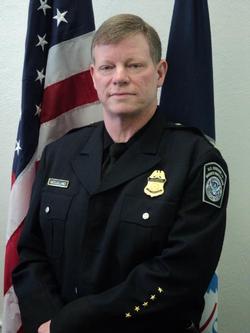 McCLELLAND, Gary Alan, a third-generation Floridian who was responsible for the federal security of all ports from Tampa to Naples, died December 8th after a lengthy battle with cancer. He was 53 and lived with his family in Tampa. Following his enlistment in the U.S. Air Force, he joined the U.S. Customs Service in 1987, working his way up the ranks to become area port director from 2008 until the time of his death. His responsibilities included protection of trade, interdiction of drugs and intelligence gathering for defense against weapons of mass destruction. While protecting passenger and cargo facilities from terrorism, drug smuggling and other illegal activities he was responsible for the oversight of approximately 140 uniformed and non-uniformed Department of Homeland Security employees, and worked closely on a daily basis with local, state and other federal departments to ensure the safety of citizens and companies using ports on Florida's west coast. Born November 26, 1961 in Tampa, he was a graduate of Hillsborough High School and the University of South Florida, Mr. McClelland's CBP assignments included Laredo and Houston Texas as well as Orlando and Tampa. He participated in numerous overseas training programs for the Office of International Affairs and was a graduate of the Defense Language Institute and Custom and Border Protection's Command Leadership Academy. Mr. McClelland enjoyed his work but just as importantly enjoyed the esteem of his colleagues. To one co-worker, he was not just "very level-headed and extremely intelligent" but "had the highest integrity of anyone I've ever met in my life." While disciplined and focused professionally, outside of work he was spontaneous and adventuresome. One winter, on a lark, he and his son set out on what they dubbed a "snow quest," driving randomly north until they encountered sufficient flurries to meet their snow mission. At the opposite temperature range, he and his wife Marcee enjoyed boating, outdoor sports and traveling. He was an avid cook, sports fan, dedicated father, loyal friend and devoted husband who enjoyed reading a good book, smoking a fine cigar and savoring the great outdoors. Everyone that has ever meet Gary noticed what an outstanding guy he was and that he was proud to stand up for what is right and serving both his country and his community. Mr. McClelland is survived by his wife, Marcee Schnieders McClelland; his son Blake Alan McClelland, a senior at The University of Florida ; his twin sister Carrie Ruppert; her husband Wayne Ruppert and their two children Caitlin and Will and Gary's parents, Jean and Charles "Bud" McClelland. A memorial service is scheduled for 2:00 p.m. on Monday, Dec. 15th at Hyde Park United Methodist Church, 500 West Platt St., Tampa. Condolences may be expressed online at segalfuneralhome.com.