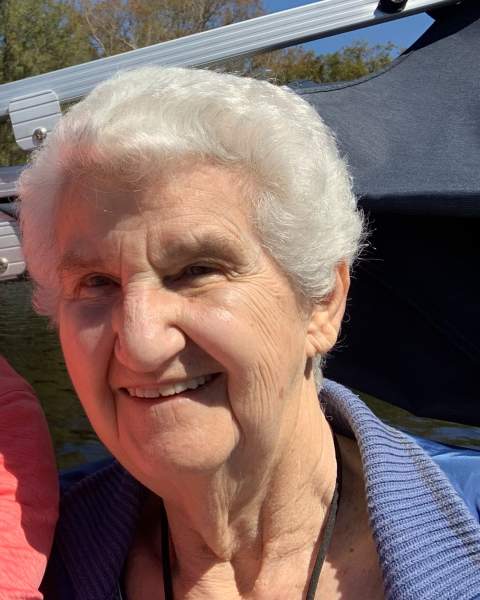 PILA, Herta, 89, of Tampa, passed away on August 29, 2022. Herta was born on December 8, 1932, in Munich, Germany and grew up during Adolf Hitler's rise to power. Herta endured many challenging things during her life, such as the Kristallnacht, or "the night of broken glass", she was also one of many "Hidden Children" of the Holocaust. Herta survived and met Salomon Pila, a survivor from Poland. Herta and Salomon were married in Rochester, MN, and remained together until his death in 2018. Herta was a resident of Tampa since 1975 and was a member of Congregation Rodeph Sholom. She also was the Treasurer of the local chapter of the National Council of Jewish Women for many years and was also on the board of Holocaust Survivors of Jewish Family Services. Herta also spoke at middle and high schools throughout the Bay Area for decades under the auspices of the Florida Holocaust Museum educating teens about the Holocaust through her experiences. Herta loved her children, grandchildren and great-grandchildren dearly, and they loved her just as much! She is survived by her children Kalman (Ethel), Moritz (Liz) and Harriet, grandchildren, Matthew (Stacy), Josh (Jenn) and Ben Pila, Rachel (Eric) Prochut, Sarah (Eric) Pila-Liederman, Stefani (Nathan) Kasimer, Orli (John) Barker, and Nathaniel and Daphna Shull, great-grandchildren, Zachary, Gabriel, Davis and Marlowe Pila, and Louis Prochut and Nehama Kasimer. Funeral services were held in Tampa. Donations can be made to the Florida Holocaust Museum, Congregation Rodeph Sholom or Congregation Kol Ami.