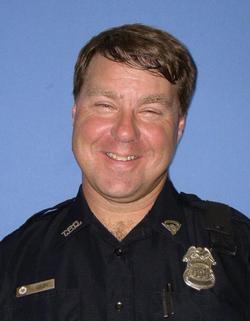 Howard "Medford " Gimbel, 53, originally from Burlington, Vermont, passed away on Saturday, May 7th 2016 from injuries sustained in a motorcycle crash in Hillsborough County near his new longtime home town of Riverview. Howard was born on November 29, 1962 in Burlington, Vermont. In Childhood he was an avid Little League baseball player and made it to the Little League World Series. The family retired to Hollywood, Florida in the late 70's. He moved to Tampa to attend college which is where he met and married his loving wife of 26 years, Tonya. They married on November 3, 1990 in Hollywood, Florida. After graduating with his bachelor's degree in Electrical Engineering, and exploring that career for several years, in 1996 he then joined the Tampa Police Department. During his 20 year career he was a decorated Master Patrol Officer, Motor Squad Officer and a Traffic Homicide Investigator. In 1997, he became a father to Sarah, a title he cherished more deeply than any earned in his police service. Some of his hobbies included being an avid video gamer, softball player, riding his Honda Goldwing, and clay shooting with his daughter, Sarah. Howard is survived by his loving wife Tonya, daughter Sarah, and sister Dara (Edwin) Witty. He was blessed with surviving nieces, nephews, great nieces and nephews and a wealth of family, friends and fellow protectors of this fine city. Services will be held at Congregation Schaarai Zedek located at 3303 West Swann Avenue, Tampa, Florida 33609 on Sunday, May 22, 2016 at 1pm, where he will be honored by friends, family and brothers and sisters in law enforcement. The service will be followed by a graveside service at Gan Shalom Cemetery located at 3527 East County Line Road in Lutz, Florida 33559. In lieu of flowers, contributions in memory of Howard may be made to the GoFundMe.com account, created to support his daughter Sarah's college education at USF beginning in June. https://www.gofundme.com/inhowardshonor