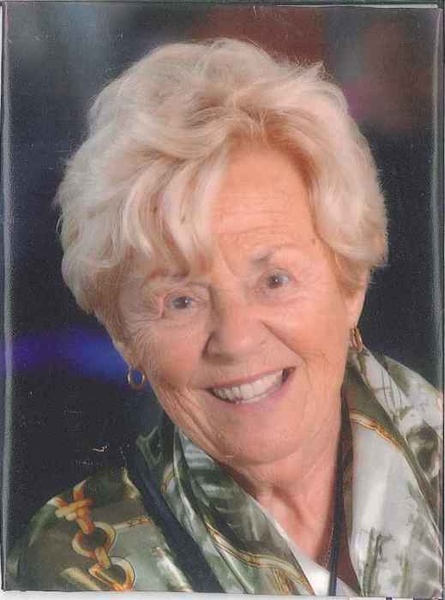 PERRI, Isabel (Garcia) 89, a life-long resident of Tampa, passed away on Monday,  April 8, 2019. She was born on December 8, 1929, and was married to Joe Perri for 49 years when he preceded her in death in 1997. As a younger woman, she owned Isabel’s Beauty Salon on Henderson but eventually turned to real estate and was a long-time realtor in South Tampa for Tam-Bay Realty. One of Isabel’s great passions was traveling; she was quite the world traveler with trips to Medjugorje, Spain, Italy, Egypt, Jerusalem, Canada and Cuba along with many trips inside the United States. Another great passion of Isabel’s was her love for the Lord. She was a long-time, active parishioner at Christ the King Catholic Church where she served as a Eucharistic Minister and a Lector. She so loved Christ the King. She is survived by her two cherished sons, Joseph A. Perri, Jr. (Jill) and David L. Perri (Maryanne), and three adored grandchildren, Christopher, Nicholas, and Alexandra. Funeral services will be at Christ the King Catholic Church, located at 821 South Dale Mabry Hwy. on Friday, April 12, 2019.  There will be a visitation from 9 AM until 10 AM directly followed by a funeral mass.  There will be a brunch served directly following mass in the McLoughlin Center at the Church. Pallbearers for Isabel are Christopher Perri, Nicholas Perri, Dean Gould, Manuel Bellucia, Albert Gonzalez, Steve Valeri, Sam Armenia and George Armenia. Honorary pallbearers are Manuel Busciglio, Robert Valeri and Kenneth Sellers, Sr. A private burial will take place following brunch.

In lieu of flowers, the family has asked for donations to be made to the Stephen Ministry, c/o Christ the King, 821 South Dale Mabry Hwy. in Tampa.