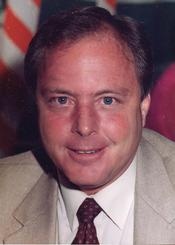 KOPELMAN, Jack, age 72 of Tampa died Wednesday, August 31, 2011. Mr. Kopelman came to Tampa in 1976 from Atlanta GA. He was an entrepreneur with a keen business sense and owned businesses in many enterprises including; vending, restaurant, carpet and gold and coin. He was a devoted family man and a car enthusiast collecting classic and muscle cars and was a longtime member of Congregation Schaarai Zedek. Survivors include his beloved wife of 42 years, Betty, sons and daughters-in-law, Bill & Felicia Kopelman of Columbia, SC, and David & Heather Kopelman of Tampa. sister, Jane Robinson, Boca Raton and grandchildren, Michael, Danny, Lilly and Madelyn. Private services will be held. In lieu of flowers memorial contributions may be made to Lifepath Hospice or to the charity of ones choice.