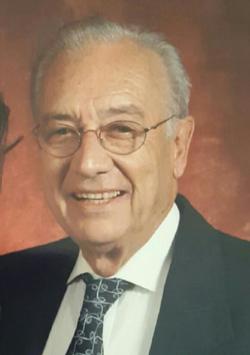 MEZRAH, Dr. Jack, age 87 of Tampa died Tuesday, August 9, 2016. Dr. Mezrah came to Tampa over 60 years ago from his native Alabama. He attended Emory University for undergraduate and medical school. He did his residency and internship at Tampa General Hospital. Upon completion of this program he began a private practice in Tampa in 1960. He was a member of The American College of OB-GYN, The Fertility Society, The American Medical Association and many honorary medical associations. He was instrumental in the technique of invitro fertilization being established in Tampa and was among the original founders of Women's Hospital and Tampa Outpatient Clinics. He served proudly in the U.S. Army during the Korean Conflict. Jack was a developer of many local projects with his sons and very active in Tampa Bay Little League where he coached his sons for many years and the Boy Scouts of America where he was a Scout Leader. He was the most patient, loyal and understanding doctor, husband, father, grandfather, brother and friend to generations of people. He spent his life helping others, because dedication was his passion. Dr. Mezrah was a member of Rodeph Sholom Synagogue and Palma Ceia County Club. Survivors include his loving wife of 52 years, Amiee, their three sons and wives, Michael & Nicole, Allan & Diane and Brian & Michele and six cherished grandchildren McCaley, McKenzie, McLayne , Chloe, Emilee & Finley. In lieu of flowers, memorial contributions may be made to the Parkinson's Foundation, Congregation lifepath Hospice or Congregation Rodeph Sholom, Funeral services will be held today, (Thursday), 2:00 PM at Congregation Rodeph Sholom, 2713 Bayshore Blvd, Tampa. Interment to follow at Rodeph Sholom Cemetery.