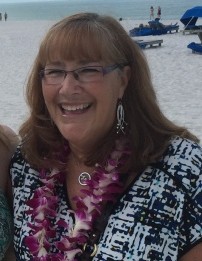 Jan Sheryl Cohen, born September 27, 1954, passed away Tuesday, April 16, 2019, at the age of 64.
Raised in Baltimore, Maryland, Jan was a graduate of Woodlawn High School. She later became a legal
assistant, loving wife, and devoted mother and Grammy. Jan enjoyed traveling, shopping, great food,
and spoiling her grandbabies.
After surviving breast cancer, Jan relocated to Florida to be closer to family. She helped take care of her
mother, and then she and her father moved to Tampa so she could help care for her first grandchild. Jan
and her father, Abraham, moved to Sun City Center in 2015, where they became members of Beth Israel
Temple. She spoke often about how appreciative she was of her neighbors in Sun City and of the
Congregation, specifically the support everyone showed her over the last several months.
Jan was a beloved daughter of Abraham and Helen (deceased) Cohen; sister to Mark (Barbara) Cohen;
wife to Gary Shaivitz (deceased); mother to Rachel (David) Rapkin and Jared (Ahna) Becker; and
“Grammy” to Alexandra, Miller, and Carter Rapkin and Maxwell Becker.
Amemorial service will be held Thursday, April 18, 2019, at 1:30 PM at Beth Israel Temple, 1115 Dell Webb East
Blvd., Sun City Center, FL 33571.
In lieu of flowers, please consider a donation to the American Cancer Society.