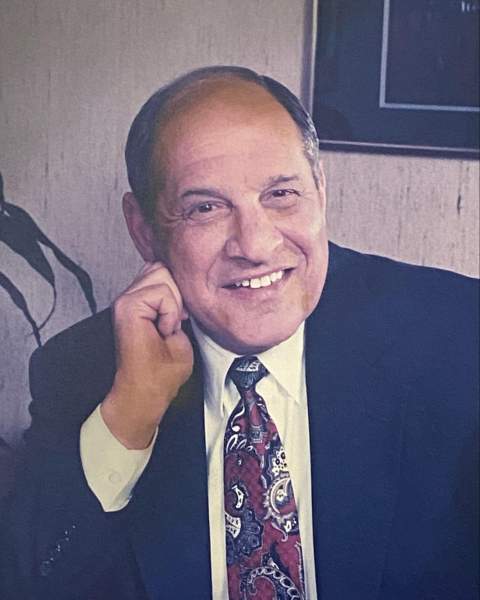 Jay Leonard Levy passed away at home surrounded by family on Thursday afternoon, August 18, 2022. He was born on July 25, 1933, in Tampa, Florida. He attended Gorrie Elementary, Wilson Junior High, and H.B. Plant High School. Leonard graduated from the University of Florida with a Bachelor of Science degree in Journalism in 1955. He was married to the former Patricia Henderson for over 66 years. They have four children, seven grandchildren and three great grandchildren. He was preceded in death by his parents, Solomon Levy and Simmie Levy, sisters Marilyn Levy and Jane Carol Harris, and identical twin brother George A. Levy. Upon graduating from Florida, he spent three years on active duty in the U.S. Marine Corps. He was released from the Reserves with the rank of Captain. When asked why he chose the Marines over the other branches. He said it was for the same reason he went to the University of Florida. He wanted to be a part of the best. Shortly thereafter, he joined Hillsboro Printing Company as a sales representative, and subsequently held the positions of sales manager, general manager, and vice president. In 1984, he became president and majority shareholder. In 2005, he sold his interest and retired in 2006. Leonard was active in numerous civic and business organizations. Until the time of his death, he served as a vice president and original member of the Gold Shield Foundation. He served on the Boards of the Outback Bowl and the Tampa Bay Sports Foundation. He is a past president of the Tampa/Hillsborough Conventions and Visitors Association and the Tampa Sports Club. He served on the Boards of the Greater Tampa Chamber of Commerce, United Way, Salvation Army, and the Tampa General Hospital Foundation. From 1967 to 1975, Leonard served on the Tampa Sports Authority and was the chairman from 1971 to 1973. He was chairman of the West Coast Pro Football Task Force, which successfully obtained a National Football League franchise for Tampa. The very day Leonard accepted the NFL franchise for the city of Tampa he immediately turned and asked, "Now... how do we get a Super Bowl?" He then chaired the Super Bowl Task Force that obtained Super Bowl XVIII for Tampa. He served as vice-chairman for Super Bowl XXV, XXXV and XLIII. Leonard served as Vice-Chairman of the Tampa Bay Organizing Committee for the 1999 NCAA Final Four Basketball Championship held in St. Petersburg and on the Executive Committee for the inaugural College Football Playoff Championship held in Tampa in 2017. On Feb 5, 2021, two days prior to Super Bowl LV, Mayor Jane Castor presented Leonard with the Key to the City and a Proclamation making that day J. Leonard Levy Day in Tampa. He has been recognized on several occasions for contributions to his community. He was honored in 1994 as the Civitan Club Citizen of the Year. He was named Ad man of the Year in 1974, Citizen of the year (1982) by the Tampa Sports Club; Leadership Award by the Governor's Council on Physical Fitness and Sports (1982); Jaycee Distinguished Service Award (1982) and Special Recognition from the Tampa Leadership Conference and the Committee of 100 (1984). He also received the 1996 Annual Award from the University of Tampa Center for Ethics. He was inducted into the Tampa Sports Hall of Fame in 1984. He was active in the affairs of the University of Florida, having served on the National Executive Committee of the Alumni Association, President of the Gator Boosters, served on the Board of the Athletic Association and on numerous other University committees. He was elected to the UF Sports Hall of Fame, and in 1990 was recognized as an Alumnus of Distinction of the College of Journalism and Communications. In 1995, he proudly received the University of Florida's Distinguished Alumnus Award. He is a past president of Palma Ceia Golf and Country Club and served on the Board of Ye Mystic Krewe of Gasparilla. He is survived by his wife Patricia; daughters Jana (Richard Barrett); Ann (Charlie Skalaski); Tricia (Bob Ritsch); and son Jay Henderson Levy; grandchildren Sarah (Tim Higgins); Charlie Skalaski IV (Kettie): Jacob Leonard Skalaski; R. B. Barrett (Jenn); Megan Elizabeth Barrett; Jennifer Lucia Barrett; Alexander Henderson Ritsch; great grandchildren Elijah Higgins; Davin Higgins; and Elizabeth Grace Skalaski; and several nieces and nephews. The family would like to thank the following Hospice team members for their many services and Kindness: Dr. Jose Fernandez, Ana, Marie, Maribel, Burnadette, Flo, Trinity, Christi and Barnett. Private interment services will be held for the family. Memorial services will be held at Congregation Schaarai Zedek, 3303 W. Swann Avenue, in Tampa, on August 26 at 11:30am. In lieu of flowers, contributions may be made to Lifepath Hospice, Gold Shield Foundation, Tampa General Hospital Foundation or the charity of your choice.