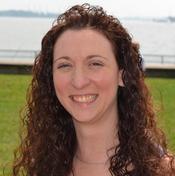 MILLER, Jillian Blyth, age 29, of Miami died Saturday, May 4, 2013 in Tampa after a courageous battle with cancer. Jillian was born in Denver, Colorado and lived all over the world as a "military brat". She had a natural wander lust and traveled abroad frequently. She graduated the University of Miami earning her nursing degree and was a nurse in the neuro-surgical unit at Jackson Memorial Hospital and was presently pursuing her master's degree as a nurse practitioner. She was a big Miami Hurricanes fan. Survivors include her parents, Art & Ros Miller of Tampa, brothers and sister-in-law, Jared & Amy Miller of Tampa and Daniel Miller of Miami, her grandmother, Gilda Atkins of Tampa and several aunts, uncles and cousins. Funeral services will be held in Port Chester, NY with interment to follow in Glenville, Connecticut. In lieu of flowers memorial contributions may be made to Moffitt Cancer Center, Lung Cancer Center of Excellence or Congregation Schaarai Zedek, in memory of Jillian.