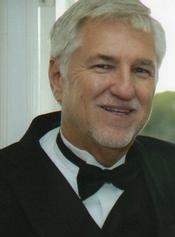 DOBRZANSKI, Joseph R. age 65, of Valrico died Saturday, November 12, 2011 at home surrounded by his loving family. Mr. Dobrzanski was born in Pittsburgh, Pennsylvania and came to the Tampa Bay area in the early 70's. He was an electrical engineer with Raytheon Company. He was a US Army veteran having served two tours as Captain in the 101st Airborne during the Vietnam era, a Corvette enthusiast, pilot and a member of Congregation Schaarai Zedek. Mr. Dobrzanski was preceded in death by his beloved wife of over 30 years, Leda Dobrzanski and son Philip Scott Dobrzanski. He is survived by his son and daughter-in-law, Joe & Cori Dobrzanski, daughters and sons-in-law, Cari & Paul Majors and Erin & Zach Brown, his mother, Sylvia Dobrzanski, his sister Karen Garland and his cherished grandchildren, Ella & Alia Dobrzanski and Lilah & Eli Majors. A funeral service will be held Wednesday 10:30AM at Congregation Schaarai Zedek, 3303 W. Swann Avenue, Tampa with Rabbi Richard Birnholz officiating. Interment will follow at Schaarai Zedek Cemetery. In lieu of flowers memorial contributions may be made to the H. Lee Moffitt Cancer Center.