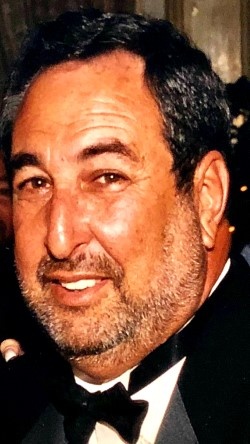 Funeral services for Joel will be held Monday, June 11, 2018, at Congregation Rodeph Sholom. Visitation with the family will be from 9:30 a.m. until 10:00 a.m., immediately followed by the funeral service at 10:00 am. Interment will follow at Myrtle Hill Memorial Park. Pallbearers in attendance will be James Baker, Andy Lewis, Warren Mack, Gerald Spoto, Joe Tully and Steve Zaritsky. Honorary Pallbearers include Michael Beachler, Cecil Edge, Robin Hastings, John Neglio and Billy Joe Wilson.

Carmen would like to express her sincere gratitude and thanks to Joel’s physicians, Dr. Christopher George and Dr. David Echevarria, his nurses (especially Ashley and Mamta) and all of his Personal Care Technicians who lovingly cared for him during the past four months.

Please omit flowers. Donations in memory of Joel to Florida Cancer Specialists Foundation (Foundation.flcancer.com) will be greatly appreciated by the family.