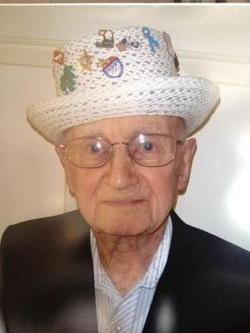 at his home. Mr. Sirotowitz was born in Russia and emigrated to the U.S. at a very young age. He grew up on the lower East Side of Manahattan and lived in Brooklyn and East Williston, N.Y. He came to Tampa in 1955 from New York where he was owner and president of Sano Petroleum Corporation. He was very community oriented and civic minded and worked for and with many worthwhile organizations. He was one of the founders of the Brownsville Boy's Club in Brooklyn, NY,the North Tampa Optimist Club, and a generous supporter of the Boy's and Girls Club of Tampa., He was Commodore of the Brooklyn Yacht Club, was a member of the Knights of Pythias and a 32nd degree Mason and Shriner. He was an active member of the Sheriff's Jamboree, the Judeo-Christian Clinic, Sword and Shield of the University of Tampa and University of South Florida athletics. He was a charter member of the Krewe of Santiago. He was preceded in death by his beloved wife of 76 years, Lillian and his son, Marvin. Survivors include his daughters, Sunni Zions of St. Petersburg and Pearl Gerstel of New York, NY, daughter-in-law, Sandi Sirotowitz, sister, Renee Tredennick, six grandchildren and their spouses, Aron (Karen), Mathew & Barry (Marta) Zions, David (Rebecca) Gerstel, Jennifer (Geoffrey) Ringelstein and Alisa (Ben) Cowan and ten great grandchildren, Justin, Adam & Spencer Zions, Madeline & Gabriella Ringelstein, Jackson, Abigail & Levi Gerstel, Taylor & Jordyn Cowan and great-great grandson, Jayson Zions. Also, nieces Jody Katz, Arlene Farber (Arnie), and numerous loving nieces and nephews. Graveside services will be held Thursday, May 15, 2014, 11:00 AM at Myrtle Hill Memorial Park. In lieu of flowers, memorial contributions may be made to the Boy's & Girl's Club of Tampa, the Florida Sheriff's Youth Ranch, P.O. Box 2000, Boy's Ranch, FL 32064. or a charity of your choice.