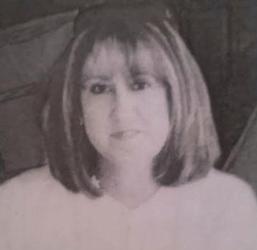 BERNSTEIN, JUDITH HILL (December 15, 1951 to June 19, 2015) Passed away peacefully after a 2 A½ year battle against leukemia on June 19th 2015. Born and raised in Danbury, CT, Judi is pre deceased by her mother Anne Hill and father Berkley Hill. A loving mother to Alec B. Bernstein and a loving devoted wife to Robert Bernstein. She was proud to be a supportive Mother and Aunt. Judi was the consummate friend and confidante to all those who met her. She was the type of person who could strike up a conversation with anyone she met under any circumstances. For those that developed a bond with Judi she will leave a lasting memory as an advisor to life, home design as well as helping people to better understand their world from a different perspective. Such a special person in so many ways. Judi worked over a decade in the retail world at both Saks Fifth Avenue and Ralph Lauren. Her impeccable sense of style then helped Judi transition into a business as an interior stylist where she utilized her flawless taste for the benefit of a wide variety of clients. She was one of the original child advocates and board member for the SMART Kids with Learning Disabilities of Westport, CT. Through this affiliation, Judi dedicated a part of her life to helping parents advocate for their children with the Westport school system. Judi served both as PTA President and Executive member of the Westport parent fundraiser for the Staples Players Theatre Group, an important part of Alec's life during his high school years; she proudly described herself as driving a "mean carpool". She also volunteered at Mercy Learning Center for adult literacy in Bridgeport CT. A memorial service will be held at Congregation Schaarai Zedek, 3303 W. Swann Avenue, Tampa, FL on Wednesday June 24th 2015 at 11 a.m. Interment will be held in Danbury CT at the United Jewish Center Cemetery (Miry Brook Road - Danbury) on Monday June 29th 2015 at 1:30 p.m. In lieu of flowers the family asks that donations be made either to SMART Kids with Learning Disabilities (www.smartkidsld.org) or Leukemia & Lymphoma Society (www.lls.org)