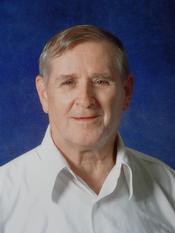 Kenneth Allen Welsh, Jr. was born in Wichita, Kansas on December 5th, 1928. He passed peacefully on January 10th. He is survived by his 3 daughters, Kay Welsh of Ft. Lauderdale, June Welsh of Mountain View, CA, and Kim Hajaistron of Tampa. He is also survived by 3 grandchildren, Roseann Scott, Michael, Jr. and Hunter Hajaistron, and 2 great grandchildren, Raiden and Meleena Scott. Ken served in the Army and Air Force during and after the Korean War. After settling in Miami, he worked for the phone company for many decades and retired to Tampa. He always had a smile on his face and a funny story to tell. He will be missed by so many people and will be lovingly remembered as a kind soul. Services will be held in Ken's hometown of Wichita at a later date.