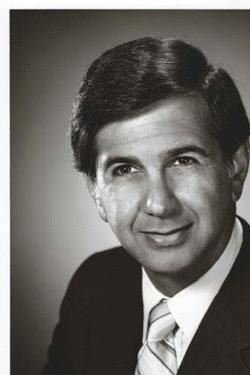 , age 79, lifelong resident of Tampa died Tuesday, April 26, 2016. David grew up in Hyde Park and Davis Island, and attended Gorrie Elementary, Wilson Junior High, and Plant High School. He later graduated from Vanderbilt University and the University of Florida College of Law. Upon graduation, he went into private practice and subsequently was a founding shareholder of Shear, Newman, Hahn & Rosenkranz, P.A. He practiced there for many years, and later joined the Florida statewide law firms of Ruden, McClosky and Gunster, where he remained until recently becoming ill.

A past president of the Florida Bar, during which it received the American Bar Association award as the outstanding state bar in the country, and the Hillsborough County Bar Association, David was a member of the Board of Directors and Past President of the Florida Lawyers Legal Insurance Corporation, and a Fellow of both the Florida Bar Foundation and the American Bar Foundation. Long interested in the delivery of legal services to those in need, David served on the Board of Directors of Florida Legal Services, Inc., chaired the committee to implement Florida's Interest on Lawyer's Trust Accounts program, and chaired the American Bar Association Commission on IOLTA. He recently served as Chair of the Bay Area Legal Services Development Council. In recognition of his service, Bay Area Legal Services created the L. David Shear Children's Law Center.

David has also been an active community and religious leader in Tampa. He served as President and Chairman of the Board of the Boys and Girls Club of Tampa Bay, Trustee of the Club's Foundation, and served as National Associate of the Boys and Girls Clubs Of America. In addition, David endowed the David and Casey Shear North Tampa Boys and Girls Club Branch. He was a member of the Greater Tampa Chamber of Commerce and its Committee of 100, where he served on its Economic Development Board. He served as Chairman of the Disaster Survey Committee of the American Red Cross of Hillsborough County for many years. He was also involved in the Hillsborough County Heart Association as a Board Member. David served as president of Rodeph Sholom Synagogue from 1976-79. He has been active in numerous other civic organizations and projects, and served on numerous corporate boards, including local bank boards and was Chairman of the Board of Memorial Hospital. David also served on the Board of Directors of the Tampa Downtown Partnership and the Real Estate Investment Council of Tampa Bay.

Long an avid tennis player, David won the city championship as a boy and played on his high school and college varsity teams. David was a true gentlemen and was loved and admired by his family and his profession.