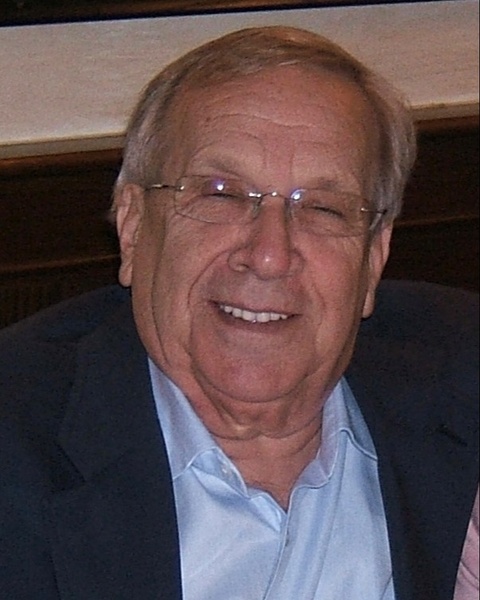 Lawrence S. Cantor of Tampa, in his 91st year, passed peacefully at home surrounded by loving family on Sept 14, 2022.  Larry was born in Philadelphia, PA and grew up in Lancaster, PA.  He was a graduate of Nottingham Academy and Franklin & Marshall College. After college, he joined the family footwear business and later opened his own store in Harrisburg, PA. Larry became a foot and footwear expert: he taught the application of orthopedic footwear to interns at Lancaster General Hospital and he worked with children at the Crippled Children's Hospital in Elizabethtown, PA fitting orthopedic footwear, splints, and braces.

Larry's second act after the shoe business was working at American General selling insurance in the Harrisburg area.  After retiring, Larry's third act was moving to Tampa, FL 28 years ago where he volunteered as a teacher's aide to 3rd grade students at Miles Elementary School.  He also helped the homeless by volunteering at Unity Outreach and Trinity Cafe.

A former semi-pro baseball player, Larry enjoyed coaching and umpiring Little League baseball games.   He was a man of compassion with a self-deprecating sense of humor. Larry loved all animals. He also enjoyed working in his yard, was always in combat with the local squirrels who stole his birdseed, significantly exaggerated the size of any snake or cockroach he stumbled upon, and relaxed watching the Tampa Bay Rays and old Westerns in his spare time.

Larry was the son of the late Simon and Pearl (Rosenblum) Cantor, both of Lancaster, PA. He was the brother of the late Barbara (John) Steinsnyder of Lancaster, PA.  He is survived by his loving partner, Gale Barron of Tampa; his children Bruce (Debbie) Cantor of Chicago, IL; Sharon (Brian) Tharp of Greeneville, TN; Scott (Beth) Cantor of Blandon, PA; step-son Andrew (Elizabeth) Cantor of Washington DC; and Gale's children Sara (Ken) Norman, Sam (Maria) Barron, Heidi (Jazz) Berberovic; and three grandchildren. He will also be missed by his grand-dog and nap partner, Remy.