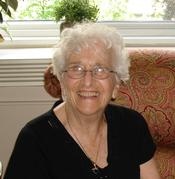 age 91, formerly of Brandon and Tampa, died on August 13, 2012. Lillian was born in New York and raised her family in Queens and Long Island where she and her husband, Harold, were restaurateurs and ran a successful Baskin and Robbins ice cream store in Cedarhurst, Long Island. Lillian and Harold followed their son, David, to Tampa in 1981 ostensibly to retire. Unable to slow down, she worked as an accountant for over thirty years in David's dental practice. She was fiercely independent, driving until very recently. She taught herself to play bridge, use a computer, skype with her great-grandchildren, chat, and e-mail all after the age of 87. She enjoyed writing poetry, painting, and was a voracious reader. She was preceded in death by her beloved husbands: Harold Bruck married for 38 years and Harry Gerber for 20 years. She is survived by her sons and daughters-in-law: Dr. David & Sandra Bruck of Temple Terrace, Sanford & Margery Bruck of Bala Cynwyd, Philadelpha, PA, sisters: Rita Steinberg of White Plains, NY and Harriet Lebowitz of Boston, MA, six grandchildren: Carly Bruck (Bilal), Jonathan Bruck (Cristel), Kyle Bruck, Chas Bruck, Jamie Ellen (Yisroel), Julie Ben David (Pinchas), and seven great-grandchildren. Funeral services will be held at Congregation Schaarai Zedek, 3303 West Swann Avenue at 1:00 pm on Thursday August 16, 2012. Interment will follow at Myrtle Hill Memorial Park. In lieu of flowers, memorial contributions may be made to the charity of ones choice or Congregation Schaarai Zedek.