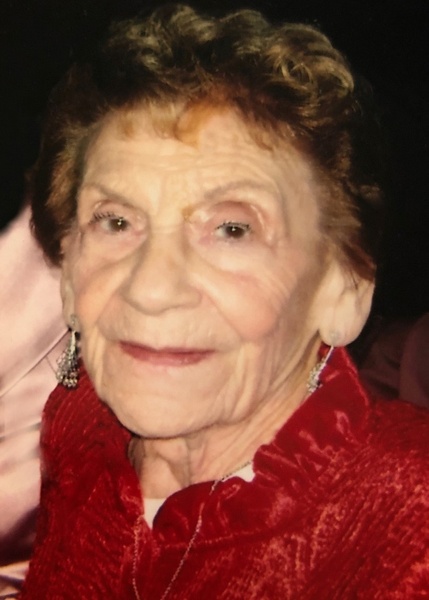 Madeline Foust of Tampa passed away February 8 at age 96 leaving her son, Rabbi Jeff Foust and his wife Ellen of Newton, MA, plus her grandchildren David and Erica Foust. Burial was at the Park Synagogue Bet Olam Cemetery in Beachwood, Ohio, and a future memorial service is being planned for Tampa. Growing up in New York City and Cleveland, Madeline was an educator’s educator, innovator, and make it happen person. Starting as a highly successful primary school teacher, she went on to become a university professor and then high powered educational consultant for Cleveland developing and implementing a self-rule concept offering public schools opportunities for creativity and innovation while keeping a common budget formula. She also served on the national Joint Accreditation Bureau for evaluating school systems and university schools of education. In the Jewish community she managed teacher training and curriculum development both for the Cleveland College of Jewish Studies and Park Synagogue. She also was a mid-western regional president for Brandeis Women (now Brandeis National Committee) and active with their national board.

After retirement and moving to Tampa, she twice won a Jewish Woman of the Year Award, once for her work as president of the Tampa Towers Senior Living Complex and again for being instrumental in starting a new temple in Tampa Palms. She also was an active board member of Temple Rodeph Shalom for several years and helped start a Brandeis Women’s chapter in Tampa. She also was a lead volunteer at St Joseph’s Hospital for assisting patients coming in for outpatient surgery plus a longtime usher at Tampa’s Performing Arts Center. If you would like to make a contribution in her memory, you can send it to Park Synagogue  (Pepper Pike, Ohio) for the Este Braun Rabbinic Scholarship Fund or to a charity of your choice. Condolences may be expressed online at segalfuneralhome.com.