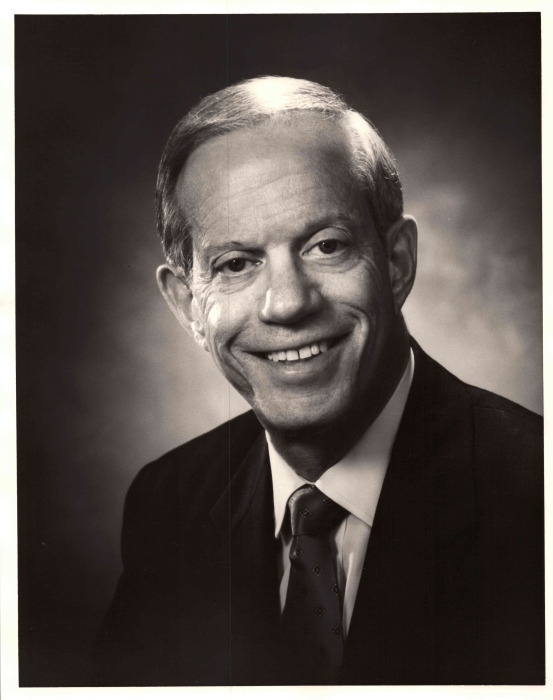 SHIMBERG, Mandell “Hinks”, age 92, died November 16, 2021. He is survived by his five adult children, Kasey Kelly (Robert), Scott Shimberg (Heidi), Betsy Shimberg (Scott), Andy Shimberg (Cathy), and Michael Shimberg (Ramona); ten grandchildren, Jordan Kelly, Lauren Kelly, Ryan Kelly, Joshua Levinson, Seth Shimberg, Adam Shimberg, Mason Shaw, Madison Shimberg Cook (Bryce), Zachary Shimberg, and Ashley Shimberg; and one great grandchild, Ellie Cook. He was preceded in death by his beloved bride of almost sixty years, Elaine Fantle Shimberg; his parents, Dr. Mandell and Anna Shimberg, and his brother, James H. Shimberg. Hinks was born in Syracuse, New York, but lived in many other towns including Leavenworth, Kansas and the Bronx, New York, as his father was an orthopedic surgeon with the Veterans Administration. He graduated from James Monroe High School in the Bronx where he was the president of the student body and from the University of Wisconsin at Madison. He was in the United States Marine Corps during the Korean Conflict and was stationed at its headquarters in Washington, D.C. Upon discharge, he attended Columbia University earning his master’s degree. Hinks moved to Tampa in 1957 with his business partner Charles LaMonte and was later joined by his brother, Jim. Together they developed Town ‘n Country Park in northwest Hillsborough County. Hinks became president of LaMonte-Shimberg Corporation, which became the largest developer of single family homes, apartments, and townhomes. He was a true Renaissance Man with passions in the arts, sports, and serving his community. He was one of the founders of the Tampa Bay Performing Arts Center (now named the Straz Center) chairing its original design team committee. He then served as the second Chairman of the Board of Trustees and was the Founding Chairman of its Foundation Board. He loved all of the Tampa Bay sports teams and you knew which game was on any particular day by the shirt he'd be wearing: Buccaneers, Rays, or Lightning.  He was instrumental in the negotiations to keep the team in the Tampa Bay area with a new stadium. He served as Chairman of the University of South Florida “Great Achievement-Great Expectations” Capital Campaign which raised $255 million; was past Chairman of the USF Board of Trustees, and past member of the Board of Directors for WEDU. Shimberg served on numerous community and professional boards in the Tampa Bay area, including Chairman of the Tampa Sports Authority, President of the Homebuilders Association of Greater Tampa, President of the Greater Tampa Chamber of Commerce, Chairman of the Committee of 100, Chairman of Berkeley Preparatory School, Vice-President of Congregation Schaarai Zedek, Chairman of the Downtown Authority, and Chair of the Youth Education Town Committee of the Super Bowl XXXV Task Force. In addition to producing plays on Broadway and in London’s West End (two of which won Tony Award nominations), Shimberg created and partially funded the British International Theatre (BRIT) program that brings actors, directors, and set designers from the British Theatre to the USF campus to teach classic British Theatre skills. Hinks received USF Alumni Association’s “Class of 1956” award in 1994, Tampa Civitan Club’s “Citizen of the Year” award, the Committee of 100 Hall of Fame Award, “Distinguished Citizen of the Year Award for 2001 from USF. In 2000, Hinks and his wife, Elaine, received honorary “Doctor of Humane Letters” degree from the University of South Florida and in 2009, they were named “Philanthropists of the Year” by the Suncoast chapter of the Association of Fundraising Professionals. A private graveside service will be held the morning of Wednesday, November 24. A memorial service open to the public will be held at Congregation Schaarai Zedek on Wednesday, November 24 at 11:30 am. If you are unable to join in person, you may stream the memorial service at www.zedek.org/ondemand/streaming/ Those wishing to visit with the family are invited to a Tribute of Life reception at Palma Ceia Country Club from 1-3 pm. In lieu of flowers, donations can be made in Hinks’s memory to the Straz Center for the Performing Arts (1010 N. MacInnes Place, Tampa, FL 33602) or Congregation Schaarai Zedek, 3303 W. Swann Avenue, Tampa, Florida. The family is deeply grateful for the devoted care of Hinks’ caregivers, Maria, Bob, and Keyera.