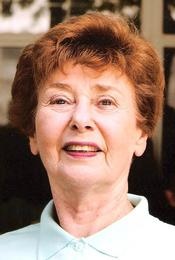 WINTERS, Marilyn, age 86, of Tampa died Sunday, September 22, 2013. Mrs. Winters was born in New York and came to Tampa in 1981 from Miami. She was a volunteer for many organizations including the Children's Center of Miami and the Mental Health Association of Miami. She was a graduate of Hunter College and went on to earn her masters at Florida International University in Science and Adult Education. Marilyn was well read and traveled extensively abroad with her late husband and later with her grandchildren. She was active in the Association of University Women and a member of Congregation Schaarai Zedek. She was preceded in death by her beloved husband of 44 years, Arthur Lee Winters. Survivors include her sons and daughters-in-law, Dr. Paul & Marian Winters of Temple Terrace and Robert & Margaret Winters of Tampa, grandchildren and their spouses, Lara Katzin (Marc), Megan Carson (Ted) Alan Winters (Chaya) and Lindsay Winters, great grandchildren, Matthew, Caroline & Theodore and her sisters, Ronnie Saver and Marge Levy. Funeral services will be held Wednesday, 11:00 AM at Congregation Schaarai Zedek, 3303 W. Swann Avenue, Tampa. Interment will follow at Myrtle Hill Memorial Park. In lieu of flowers memorial contributions may be made to the charity of ones choice.