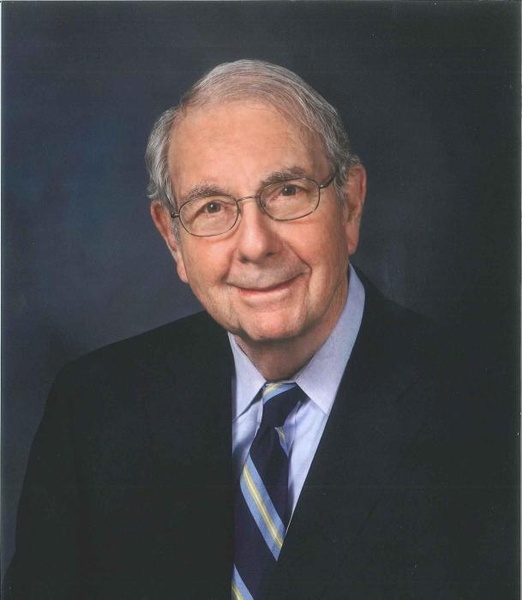 Marvin Barkin, 84, died peacefully at his home in Tampa on February 7, 2018, in the presence of his family. He is survived by Trudy, his wife of 58 years, his children, Thomas Barkin (Robyn) of Atlanta, Michael Barkin (Chantal) of Ottawa, Canada, Pamela Vargo (Daniel) of Falls Church, VA, and his grandchildren Sam, Katie, Axel, Yulissa, Alexandra and Max.

Marvin was born in Winter Haven, Florida, on November 9, 1933, the son of Isadore and Jean Epstein Barkin. He grew up reading books in the back of his family’s dry goods store and dreaming of becoming a lawyer.

He graduated from Emory University in 1955 with a degree in Political Science, where he was president of Tau Epsilon Pi fraternity and Editor in Chief of the Emory Phoenix. He graduated from Harvard Law School with honors in 1958, moved to Miami to clerk for a judge where he met and married Gertrude (Trudy) in 1959.

They moved to Tampa where Marvin joined the Fowler, White law firm as a litigator. Though he quickly became a partner, in 1970 he and nine other “Young Turks” left to create the firm now known as Trenam Law. A renowned litigator, he was often referred to by his peers as a lawyer’s lawyer. He loved the courtroom and was named by various organizations “Lawyer of the Year” and frequently included in the published listing of The Best Lawyers in America and Florida Super Lawyers. A member of the American College of Trial Lawyers and the American Law institute, he led Trenam Law for decades and remained active there until his death.

He is remembered by his peers and family as a brilliant lawyer, an engaging storyteller, a generous mentor, a leader with unerring judgment, a passionate (and perpetually-disappointed) Tigers fan, a lifelong Democrat, and a terrible golfer always willing to keep Trudy (a much better golfer) company on the links. He was devoted to his family and friends, transferring to them his passions for history and politics. His words remain in their heads.

A memorial service will be held at Congregation Schaarai Zedek on Sunday, February 11, at 12:30 pm, with a reception following. In lieu of flowers the family requests that donations be made to Bay Area Legal Services.