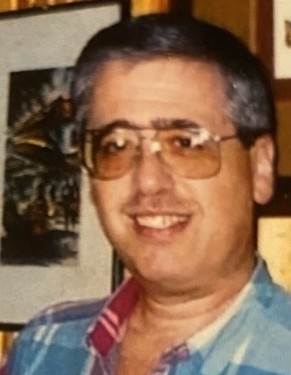 Michael Brent of Tampa, FL, died peacefully at home on August 1, 2020, at the age of 74. He was surrounded by his wife Laurie and his children Michelle and Joe, his son-in-law Wayne, and his grandchildren Sammy, Malie, Benny, and AJ, who saw him pass through with love, laughter, and the joyous memories of his accomplished and profoundly meaningful life. Born in New York City in 1946 to parents Harry and Cecile, Michael graduated from Queens College and had a successful career at the accounting firm PricewaterhouseCoopers from 1978 until his retirement in 2007, having worked his way up to the position of Senior Director of Financial Services. He was a devoted fan of the New York Yankees, particularly of the 70’s teams led by his favorite player Thurman Munson. After moving to Tampa, he enjoyed games at the Yankees’ spring training facility near his home. But his deepest love and devotion he always saved for his family. Michael and Laurie were truly a life-long love story. They met in 1955 growing up near each other in Queens, NY. Their parents were best friends, and they used to vacation together as families. They took delight in showing off a photo of the two of them by a pool in the Catskill Mountains at the tender ages of 9 and 7. They were married in 1970 at Queensboro Hill Jewish Center and were rarely apart in the half century of love and laughter that followed. Though forever a New Yorker, work took him and his family to Tampa in 1980, where Michelle and Joe graduated from Gaither and Chamberlain High Schools respectively, before Michelle went on to Bradley University and Joe to the Berklee School of Music, going on to start successful careers and families of their own. He was also a devoted grandfather who took enormous pleasure in seeing Sammy, Malie, Benny, and AJ grow into young adulthood. Nothing in his life made him prouder. He is additionally survived by his older brother Milt, who lives with his wife Darylle in Florida. A private graveside service was held at Gan Shalom Cemetery on Tuesday. In lieu of flowers, memorial contributions may be sent to LifePath Hospice ( https://lifepathhospice.chaptershealth.org/GeneralDonation ) or the Humane Society of TampaBay ( https://hstb.givecloud.co/product/Donate/help-save-lives ). You were a presence full of light upon this earth, and we were a witness to your life and to its worth. We love you, Michael, and we will be with you again