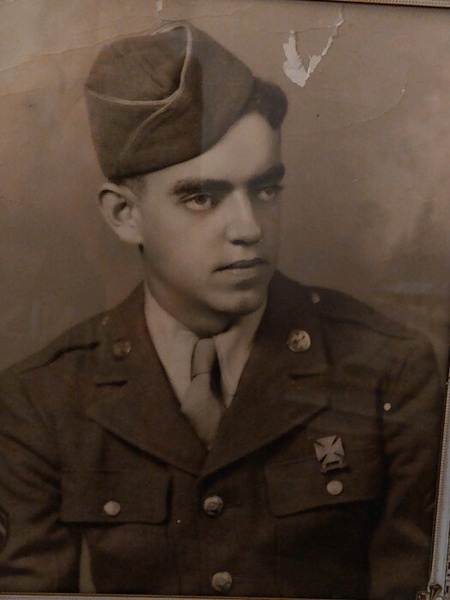 SIROTTA, Milton, 97 of Gulfport, Florida passed away on August 13, 2021. Milton was born in New York City to Hyman and Anna Sirotta. Milton was the youngest of five children and devoted brother to Max, Bea, Ruth and Sol. At the age of 18, Milton proudly enlisted in the Army Air Corps during World War II. He fought in the 370th Bomb Squad where he served with his oldest brother in the Pacific Arena with bravery. After the war, Milton attended George Washington University where he received a degree in Mechanical Engineering. While attending school, he supplemented his GI benefits by teaching ballroom dancing. Throughout his life, Milton loved music and dance. He was a superb dancer who had his daughter dancing on his feet before she could walk. Everyone who danced with Milton could feel his passion and joy. After graduation, Milton continued to serve his country with distinction. He was a highly respected engineer at various military bases and the Pentagon. Milton was a devoted husband. He was preceded in death by his first wife, Mary Ludwig Sirotta in 1995 and second wife Barbara Welch Sirotta in 2009; after taking care of both of them during their long illnesses. Milton is deeply missed by his loving family members and friends. He is survived by his daughter, Dr. Phyllis Sirotta Feldman (Michael), grandson Dr. Adam Mark Sirotta Feldman, partner Helenrose Ploghoft and numerous nieces, nephews and friends. Milton will be remembered for his kindness, compassion, loyalty, and his heart of gold. He uplifted friends, family and strangers with his positive attitude. He had a wonderful sense of humor and lit up every room. Milton loved being outside in nature and enjoyed every flower, tree, bird and dolphin. He enjoyed long walks. Milton waved at everyone he saw, whether he knew them or not. He hoped it would add cheer to their day. There is no doubt that Milton made this world a better place and we will miss him forever. The family wishes to thank Segal Funeral Home for their sensitivity and caring service. The family is also grateful to Milton's healthcare workers, including his private nurse and dear friend, Malinda Wilczynski, and Timeco Ruth who shined with loyalty, dedication and care. In lieu of flowers, donations can be made to the American Heart Association in Milton's loving memory.