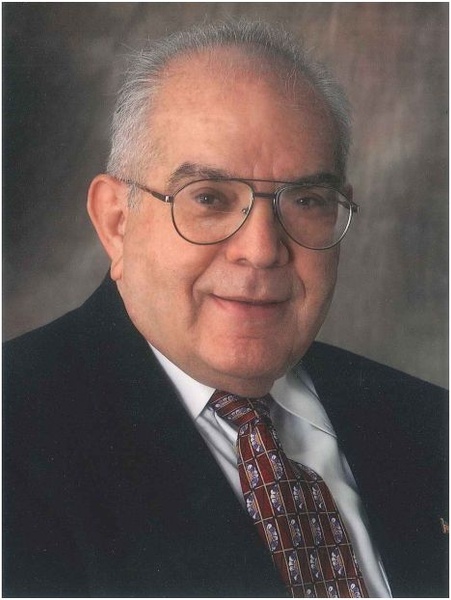 Born in Philadelphia, PA. on March 22, 1930 and died on December 4, 2018, Morton Stupp was the eldest of four children born to Anna and Herman Stupp. He had three sisters; Esther, Dorothy, and Marsha (deceased). Morton (Mort) worked for general Electric after high school graduation and was drafted into the Army in December, 1951 . He served in Korea maintaining the financial records for the Headquarters KCOMZ (Korean Communications Zone). Prior to, and following his military service, Mort attended the Wharton evening school (special course in accounts and finance) at the University of Pennsylvania where he earned a Certificate of Proficiency. During the winter of 1957, while working for the International Resistance Company, he was asked to work at a branch company, Circuit Instruments, Inc. in Florida for six months. He never returned to live in the north again.

Mort met his wife, Elaine, soon after moving to St. Petersburg. Elaine was the daughter of Florence and Morris Lippman and elder sister to Lynda ... ten years her junior. Mort and Elaine married in June 1958 and lived in St. Petersburg. At that time, Mort was working for Electronic Communications, Inc. Deciding that he needed to finish his studies in order to have a career in accounting, Mort, his wife and two month old son, Gary, moved to Gainesville, Fl. Mort was a member of two honorary fraternities - Beta Alpha Psi (accounting) and Gamma Beta Sigma (business school). A year and a half later, with a twenty month old and a two month old daughter (Shari), Mort moved his family to Tampa where he worked for Montenegro and Company which later became Arthur Young and Co. While there, Mort took the CPA exam and passed it the first time. When the company went national, he decided to team with a sole practitioner, Alan Dee, and formed the accounting practice Dee & Stupp in St. Petersburg. A new client came in one day looking for an accountant for his growing business. Mort went to work for him and became the CFO for Val Pak Direct Marketing Systems.

Mort served as a past president of the airport Kiwanis Club and Financial Secretary of Temple Schaarai Zedek for many years. Together with his wife, Mort served as Youth Group advisors and Membership Chairmen. Mort received the Temple's President's Cup for his many hours of service in 1974. Mort was involved in the Florida Orchestra. The St. Petersburg Coffee Concert volunteers dubbed him, Mr. Donut.

Mort had an amazing personality and a quick wit. He liked to refer to himself as a seven-minute extrovert and claimed he could speak to anyone for at least seven minutes; but, all who knew him knew him to be a warm and witty person.

Mort leaves behind a devoted wife of 60 plus years, Elaine, son, Gary (Mary) and daughter, Shari; Granddaughter, Katherine (Santino) and their children, Santino III, Brooklyn, and Christian; sisters Esther and Dorothy; sister and brother-in-law, Lynda and Robert (Bro) Lockhart to cherish his memory.

and Saturday, December 8, 5:00 PM followed by reception at Schaarai Zedek

Service to the community