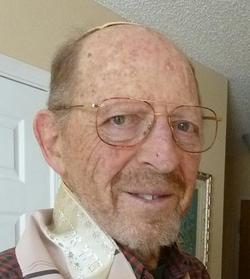 Myron Rubin passed on May 21, 2015 as his wife kissed his cheek. Mike was born in Newark, New Jersey in 1931. He was married for 62 years to his teenage sweetheart-Myrna. He was on the swim team. He played the saxophone in the Catskill Mountains. Myron attended NYU and Temple University. He was a physical therapist before becoming a Doctor of Podiatry. Dad loved to travel with his family! From the Florida Keys to the mountains of North Carolina, Mike's personality and spirituality made all his friends into family and our lives better. Dad was first and last a loving husband and father. He is survived by soulmate wife Myrna Goldine Applebaum Rubin; his brothers and sisters; Lawrence and Sarah Rubin; Robert and Janet Applebaum; children; Holli Rubin and Jerry Bickel, Scott and Kathy Rubin; he was Pop-Pop to grandchildren; Michael and Ashley DeShields, Max Bickel; and great grandson Edward DeShields. A Memorial to celebrate his life is on Friday, May 29, 2015 at 5pm. Service at 6pm. Segal Funeral Home, 3909 Henderson Boulevard, Tampa, Florida 33629 (813)874-3330. Instead of flowers please donate in Myron's name to LifePath Hospice Tampa or your place of prayer.